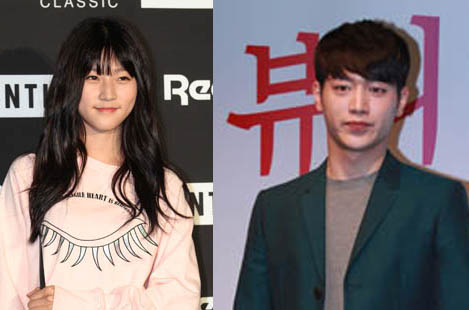 Actor Seo Kang-joon and actress Kim Sae-ron will be acting together in a new web-based drama called “To Be Continued.”

The drama series, which is slated to release its first episode on Tuesday, revolves around a boy group that unintentionally travels back in time right before they make their debut. Fortunately, however, the male singers return back to the present, in time for their rise to fame, with the help of a time traveler named Ah-rin, the character played by Kim.

In the upcoming series, Seo will play Kim’s older brother, who doesn’t have a job.

The first episode will air on Naver TV Cast at 6 p.m. on Tuesday. The drama will also be available on the small screen through MBC Every1 every Thursday at 7 p.m. starting next week.

The upcoming project has been highly anticipated by many fans, as both Seo and Kim have generated a huge following due to their talent.

Seo, for instance, debuted as a member of boy group 5urprise in 2013 but soon extended his career by taking part in dramas, movies and variety programs. Kim debuted as a child actress in 2009. Although she is only 15 years old, she has already taken part in various projects, including the movies “The Man from Nowhere” (2010) and “The Neighbor” (2012). Kim also appeared in the dramas “Can You Hear My Heart?” (2011) and “Fashion King” (2012).