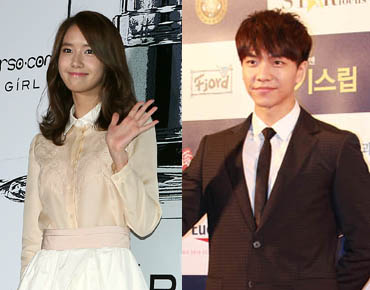 The K-pop star couple Lee Seung-gi and Yoona from the all-female act Girls’ Generation has broken up, according to numerous media outlets on Thursday.

The former couple is reported to have ended their relationship after dating for almost a year and nine months, since October 2013.

“It is true that [the two] recently broke up,” said the female singer’s talent agency, SM Entertainment. “However, they have decided to remain good friends,”

Lee’s label, Hook Entertainment, also confirmed the news, saying, “Even though we don’t know the exact date of their break up, it is true that the two are no longer a couple.”

One of the major reasons Lee and Yoona ended their relationship is known to have been their busy schedules, which naturally made it difficult for the two to meet often.

They officially acknowledged their relationship last January after they were spotted dating.

Lee is scheduled to take part in the first shooting of an upcoming film called “Match Made in Heaven” (working title).

Yoona is expected participate in the release of Girls’ Generation’s new regular album, “Lion Heart,” over two days on Tuesday and Wednesday. She is also keeping herself busy by starring in a Chinese drama series titled “Chinese Hero Zhao Zi Long,” which is slated to premiere in December.