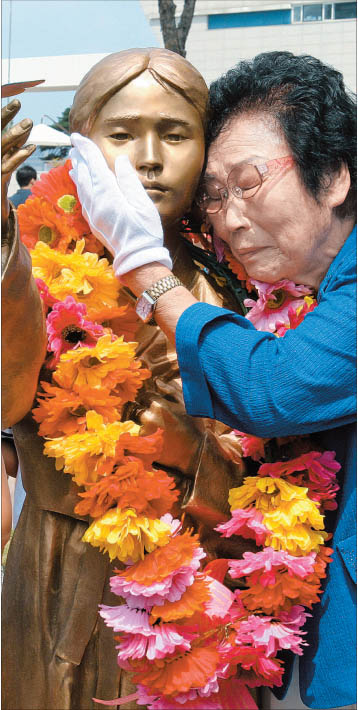 Yang Geum-deok, a former comfort woman, touches Friday a newly built statue honoring women forced into sexual slavery by the Japanese Imperial Army during World War II at the opening event of the memorial in Gwangju. The statue of a girl, similar to another memorial in Seoul, was placed in front of the Gwangju City Hall. [NEWSIS]