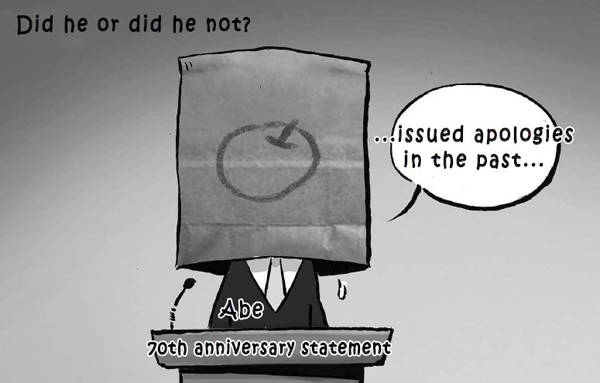 Japanese Prime Minister Shinzo Abe issued a statement commemorating the 70th anniversary of the end of World War II. But he didn’t offer an unequivocal apology to the countries Japan invaded or colonized. Instead, he just said, “Japan has repeatedly expressed heartfelt apologies for its actions during the war.” (The Korean word for apple is a homonym for apology.)