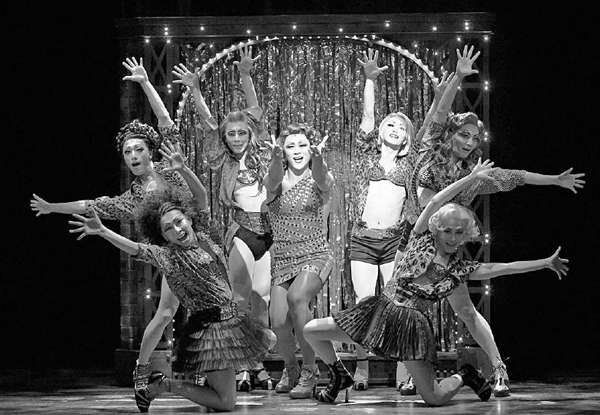 The colorful and showy musical “Kinky Boots” took the top prize, Musical of the Year, at this year’s 9th Musical Awards. The Korea Musical Theater Association announced on Sunday that the Korean production of the Broadway musical has received the Musical Awards’ most prestigious prize among 25 musicals that have been staged between May last year and April 20 this year in theaters that can accommodate more than 400 spectators. Seven musical experts participated in the jury.

With music and lyrics by pop icon Cyndi Lauper, “Kinky Boots” is based on the 2005 film of the same name. When Jerry Mitchell, the show’s director and choreographer, visited Seoul last December for the premiere of the Korean production, he said that the musical’s “exciting, human and touching story will definitely have a universal appeal.” The story revolves around two men - Charlie, a shoe factory owner, and Lola, a drag queen.

Meanwhile, the Korean Musical of the Year award went to “Farinelli,” which took home three awards, including Rookie Male Actor of the Year and Best Music Director. Jeon Mi-do, who played Girl in the musical “Once,” was given the Best Actress of the Year award.