As the Korean Wave dries up, CJ E&M has a plan

As the Korean Wave dries up, CJ E&M has a plan 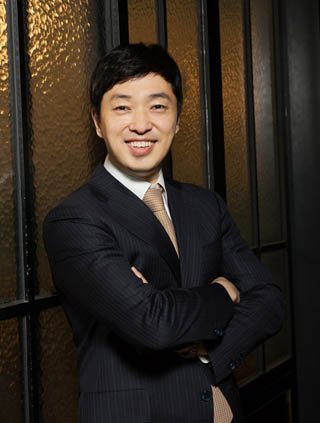 Hallyu, or the Korean Wave, is currently facing a crisis. Contrary to popular belief, entering the Japanese and Chinese markets has become much more difficult than it was in the past.

Even though experts have proposed various solutions to address the problem, it sure doesn’t seem like it will be easy.

That’s why Ilgan Sports, an affiliate of the Korea JoongAng Daily, met with Joon Ahn, head of CJ E&M’s music division - to find out what steps Hallyu should take to survive.

As one of the people responsible for leading the Korean music industry, Ahn often goes on business trips abroad. According to him, “Hallyu has not been in good shape since the year before last.” During the interview, he revealed the reality of Hallyu and CJ’s vision for improving the Korean music scene. 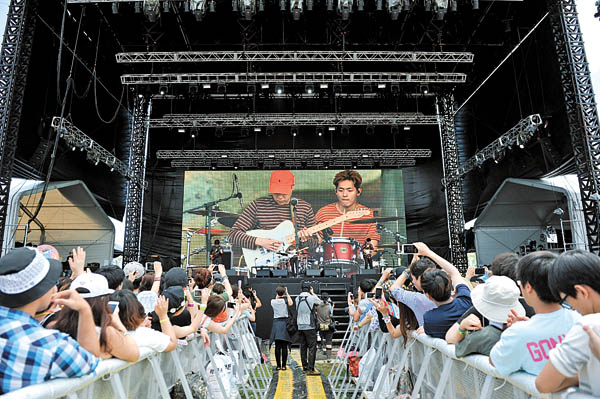 Indie band Hyukoh plays at the Ansan Valley Rock Festival, which ran from July 24 to 26. In response to criticism that the festival is profit-oriented, Joon Ahn, head of CJ E&M’s music division, says the company doesn’t earn much from the festival but wants to hold the best music festival in Asia. Provided by the company

Q. Apparently Hallyu is not doing so well these days.

A. I’ve realized that the Korean Wave has been in serious condition since 2013. CJ usually holds around 200 concerts a year, 30 to 40 of which are performed abroad. In the past, there were many promoters who showed interest in Korean idol bands. Even if they were not A-list idol groups, they still received a warm welcome abroad. The situation, however, has changed drastically since the year before last. Even A-list stars started having difficulty arranging performances abroad. As promoters are losing interest in Hallyu, we have reached a situation where we lose money even when idol bands hold concerts abroad. That’s why I have come to think that Hallyu is in a serious crisis.

What do you think is the reason behind this trend?

These days, there are too many artists and concerts, naturally leading to a decrease in quality [of artists and performances]. Consequently, it has become difficult to manage bands and performances. Entertainment companies have also started providing the audience with one-time events and broadcasting companies have increased their programs in omnibus format, all of which have contributed to market deterioration.

First of all, the scale of China’s market is immense, and the earnings are a lot better than expected. But in terms of Japan, the Hallyu industry there has stagnated due to the weak yen. To make things worse, the Korean Wave market in other Asian countries besides China has always been small, and the popularity of Hallyu has cooled. The story could be different in China, but so far, there isn’t anybody, including renowned Korean singers, known to have earned a lot of money in the neighboring country. So even though the Chinese market may be big, it’s only a potential market.

Are there any specific plans for how CJ will approach the Chinese market?

The methods of delivering [Hallyu] should be different for a talent agency and a major company like CJ. While the former has to concentrate on publicizing its artists and maximizing concert opportunities in China, the latter has to come up with a business model that allows the company to continuously work in the country.

What kind of business model are you talking about?

I have thought of various stages. The first stage includes investing in Chinese artists. The second stage involves finding a Chinese partner to work on joint production to earn market share. And in the last stage, we aim to become the main agent in the market. According to Chinese law, Koreans can’t take more than a 51 percent stake, and, therefore, there will come a time when we feel limited while doing business there. That’s why we have to make our business more competitive, because we may be kicked out of the foreign music market at any time.

Apparently it was easier to access the Japanese market.

We established a corporate body after forming a joint venture with a Japanese firm named JVC, or Japan Victor Company, which was a first [for a Korean firm in the music industry]. Before establishing a corporate body, we didn’t have any rights and only earned 20 percent royalties. But now, we send Korean musicians to debut in Japan and set up performances for Japanese singers in Japan and abroad. Our final goal is to create a Japanese singer, which is a way of localizing content. It’s a matter of who owns the content. For example, even if a Japanese singer sings in Japanese, if CJ has the rights to the singer, the musician will belong to CJ.

Is CJ making itself bigger by recruiting small-sized labels?

In the past, CJ made various attempts to raise musicians. But we realized that making an ordinary person into a singer is the job of entertainment companies like SM and YG. For us, however, the goal is to make small entertainment companies grow to become as big as SM and YG. If there are various large-scale talent agencies that deal with different music genres, the overall size of the music industry will become larger.

What is the standard of choosing a label to join CJ?

We are widely open to any producers and singers with sincerity. It needs to be a person who can run the business for a long time and who also has the ability to discover new artists. We planned on selecting different labels based on each genre. CJ is scheduled to recruit around four to five labels within this year. What our company is dreaming of is becoming an Asian version of Universal Music Group.

How far do you think CJ has come as a music producer?

Our first production work was the album of singer Seo In-guk. Back then, even people inside CJ doubted whether I would be able to successfully produce. It wasn’t easy to be honest. But now, more bands like Davichi and SG Wannabe want to sign contracts with us. I evaluate our firm to have reached the status where we can plan and produce music well.

How do you evaluate the Ansan Valley Rock Festival held this year?

There used to be a lot of rock festivals held in Korea, but not anymore. To be honest, we don’t earn much profit from the Ansan Valley Rock Festival. But if we don’t do it, who would spend so much money on such a rock festival? We’re taking on the mission with a sense of duty. Even though some people criticize and say that CJ is holding the Ansan Valley Rock Festival to display a lot of ads [for profit], we actually use the money we earn from ads to pay guarantee fees to the participating musicians. Our company’s goal is to have the best festival in Asia so that people from abroad also visit Korea to enjoy the show. I hope Korean firms also join our festival to sell the Korean lifestyle, such as Korean music and fashion.

Do you think a music chart that ranks songs is necessary in the Korean music industry?

I don’t think it’s needed. In fact, such things as “rank in music program,” “real-time music chart” and “new song recommendation” have a negative influence on the pop music industry. They don’t help in any way but only create a superior-inferior relationship [among musicians]. Even though such rankings don’t contribute anything to the business, people can’t ignore them. That’s why CJ’s entertainment channel Mnet is trying to take a different approach. Until recently, our goal was to sell music. But now, we hope our channel becomes the place where music lovers can share information on music. My goal is to create an infrastructure that allows musicians’ songs to be evaluated fairly.