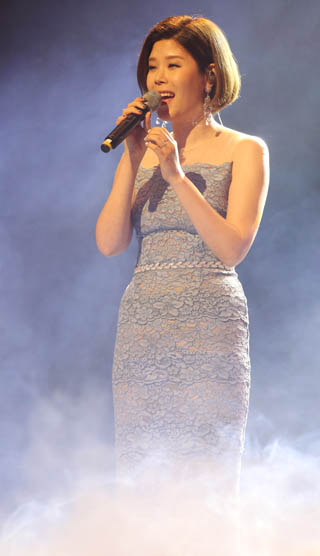 Singer Lyn will release a new single on Wednesday.

According to the 33-year-old’s talent agency on Monday, the new track heralds the release of her ninth regular album, which is yet to be released.

Lyn’s new piece is composed by Ryu Jae-hyun of ballad duo Vibe and is written by both Ryu and the singer.

Along with the news, Lyn also revealed a teaser image of herself sitting on a sandy beach under the bright sky. The new image has attracted the curiosity of many fans, as it seems to diverge from her usual sorrowful ballad songs such as “We Used to Love,” “Miss You … Crying” and “My Destiny,” which was featured in the mega-hit drama series “My Love From the Star” (2013-14).

“I have prepared my ninth album for quite a long time, and I like all tracks that are included in the record,” Lyn said.

“The upcoming album will match the summer ambiance, and I hope people will get over the heat through my songs.”

Lyn debuted in 2001 with her first album, “My First Confession.” She has released various hit songs that have led her to enjoy a steady following. She was recently praised for her musical talent after appearing in MBC’s singing audition program, “King of the Masked Singer.”