Singer Sung to be ‘SSK 7’ judge

Singer Sung to be ‘SSK 7’ judge 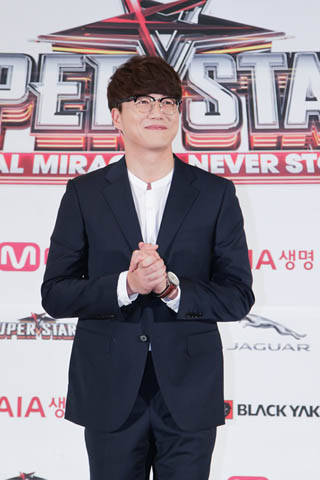 Singer Sung Si-kyung will replace musician Lee Seung-chul as a judge on Mnet’s audition program “Super Star K 7,” which is slated to air its first episode on Thursday at 11 p.m.

During the program’s production conference on Tuesday morning, Sung said, “I will do my best to maintain the quality of this show.”

The 36-year-old also mentioned that the participants of the upcoming show are even more talented than the ones that appeared in the previous season, to which singer Baek Z-young, who also attended the event as a judge, agreed.

Baek also said that a female performer may be chosen as the winner for the first time since the program began in 2009.

“The number of female participants is a lot higher than before. And the reason I said that I expect a female contestant to clinch the top position is that I actually saw a few girls, such as Soo-jin and Min-seo, who I believe have a high possibility of winning the show.”

The audition program, which has contributed to helping various talented singers, including Seo In-guk, Roy Kim and John Park, reach stardom, is designed to discover people who have musical ability but do not have opportunities.

In the upcoming show, musicians Yoon Jong-shin, Baek Z-young, Kim Bum-soo and Sung Si-kyung will work together to critically evaluate the program’s candidates.