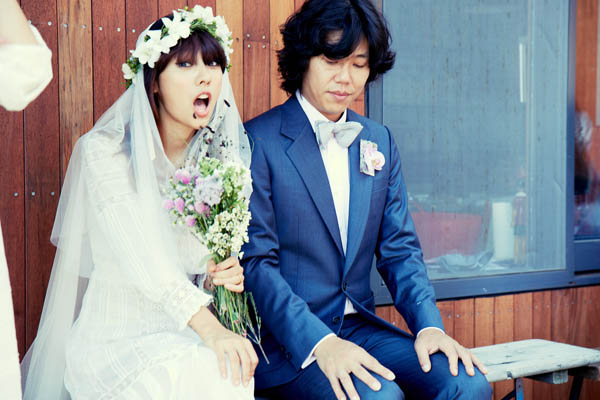 Superstar Lee Hyo-ri tied the knot with her boyfriend Lee Sang-soon in 2013 at a small wedding at her own house located on Jeju Island. It surprised the public in Korea, where having an extravagant wedding was considered the norm. Provided by Daum cafe Hyolee79


For Park Shin-young, having a wedding meant only celebrating the union of two lovebirds in front of the people they genuinely cared about, nothing more.

Since she was young, she had always dreamed of a wedding where her family and her future husband’s family were the main component of the ceremony, instead of hoards of distant relatives and acquaintances filling rows of seats, and leaving without even saying hello.

So she did what she wanted.

Last November, she held an intimate wedding at a church located in the outskirts of Seoul, with only family members and a few of her and the groom’s friends in attendance.

“In any wedding, it is hard for the family to become the main focus,” said Park, a best-selling author and instructor at a consulting company. 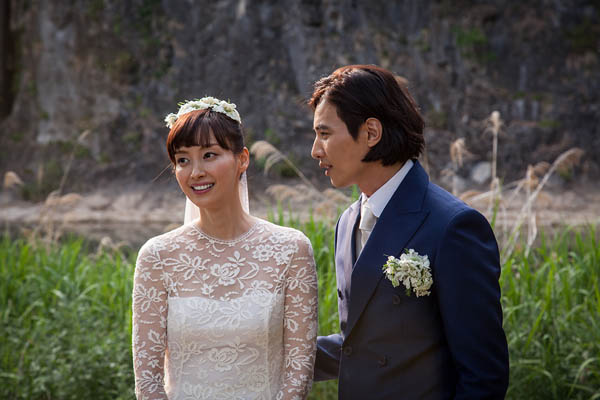 Celebrity couple Lee Na-young, left, and Won Bin held their private wedding with some 50 guests at a wheat field located in Jeongseon, Gangwon, which is Won’s hometown. Provided by Eden9

“I didn’t want to hold some extravagant wedding where it is hardly possible to meet everyone in person. So after persuading my husband, who had wanted a big wedding, I went ahead with a small one where nuptial singing and officiating are all taken on by our family members,” she added.

Instead of hiring a wedding planner or purchasing a package through a wedding agency, Park decided to plan her own wedding within only two weeks.

After browsing through a couple of online shopping malls that specialize in renting out wedding dresses, Park visited a few stores before choosing one that cost 120,000 won. The wedding photography was delegated to one of her friends, whom she paid about 200,000 won.

She cut back in other areas as well, but just based on the items mentioned above she was able to slash the cost to as low as one-tenth the expense of what it would have been had she gone the traditional route.

“There were some initial doubts from parents, but they all showed deep satisfaction with the result,” the 31-year-old said.

Situations like Park’s, where a soon-to-be married couple plans a small wedding on their own, defying traditional wedding practices, are becoming more common in Korea.

The trend gained critical momentum when a slew of celebrities started to hold modest weddings in recent years.

In 2013, top star Lee Hyo-ri married Lee Sang-soon at her house on Jeju Island, and this year celebrity couple Lee Na-young and Won Bin tied the knot in May in a wheat field in the groom’s hometown of Jeongseon, Gangwon.

Most couples decide to splurge on their wedding claiming that it is a once-in-a-lifetime event.

Especially since in traditional Korean culture, the size of the ceremony is considered a yardstick to measure a family’s wealth and status, parents encouraged their offspring to hold grandiose weddings, even if the expense was beyond their means.

Traditional wedding culture involves multiple steps, which notably includes exchanging expensive gifts known as yedan and yemul, followed by the bride buying furniture to fill the couple’s new house, which of course is paid for by the groom.

These exchanges are then followed by more expenses, starting from reserving a wedding hall, trying on dozens of wedding gowns, taking wedding photos and more. 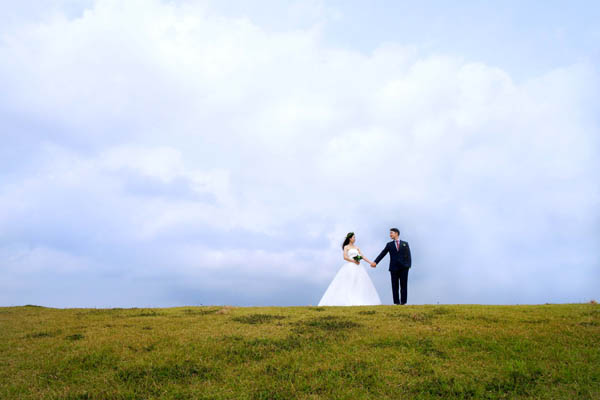 However, the latest trend-setters don’t see these steps as necessary.

Splurging on an event that will last for only a couple of hours seems pointless, especially when the money could be spent in a more practical way.

This new mind-set was also apparent in a survey conducted by Duowed, the largest wedding consulting agency in Korea, which revealed that 59 percent of the 1,000 newly wed participants said they want to downsize the scale of wedding gifts. Also, 70 percent of them said they would want to redo the wedding at the minimum expense.

“I worked at a wedding hall as a part-timer when I was young, so I know how much of a bubble there was,” said Kim Hye-ri, a fabric designer who also planned her own small wedding early this year. “In my perspective, pouring a fortune into an event which actually lasts for 30 minutes or so seemed unreasonable.” 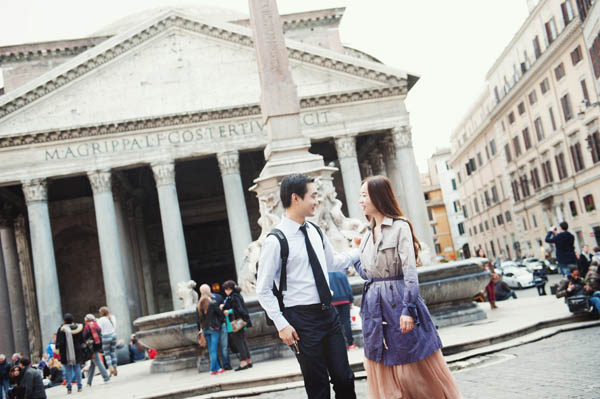 Park Shin-young and her husband hired a personal photographer during their honeymoon in Europe instead of a wedding photographer.

“I roughly knew how wedding ceremonies worked, so we wanted to do it ‘our way’,” she added.

Rejecting the usual cookie-cutter weddings, she literally designed her own ceremony, writing the script, picking out the music and even making a wedding album by herself with the help of the Internet.

Her wedding didn’t include an officiant because she didn’t want to bore the audience with the long speech.

“Both me and my husband didn’t want to follow convention. We wanted to make it as memorable as possible without receiving help from our parents,” she explained.

In the case of Park and her husband, they used the money they saved on the wedding to pay for a better house for themselves.

Their honeymoon also became a lot more enjoyable, as they spent three weeks in Europe. To compensate for the studio wedding photo shoot they had skipped, they hired a personal photographer to take candid, paparazzi-style photos of their travels, which cost about 500,000 won for three hours.

Not only was it cheaper than the usual cost of 1.5 million to 2 million won for a wedding album, it was also more personal - reflecting the distinctive characteristics of the couple - and far less awkward than traditional wedding photos.

Cutting costs is not the only reason behind the increasing popularity of small weddings these days.

Intimacy is also a very important matter for many couples.

At a large-scale wedding, guests come and go without even having the chance to say hello to the bride and groom.

This is followed by a bland thank-you card from the newlyweds a few days later, and the relationship between the couple and their guests is the same as it was before the wedding.

Nowadays, many couples wonder if this type of wedding is really the best forum for sending blessings and showing appreciation.

Those who chose to go ahead with a small wedding say they “wanted deep relationships and celebration instead of many shallow ones.”

“Since I couldn’t invite all of my friends, even those who are really close to me, I invited them group by group to my new home to serve them a good dinner and have quality conversation,” said Park.

Kim, who received help from many of her friends in arranging her wedding, gave back to those who mattered to her as well.

“When taking photos about four months before my wedding day, many of my friends helped, including taking the photos. I expressed my appreciation by buying them dinner and drinks. It cost roughly 1 million won, but I really think it was well-spent,” the 28-year-old said.

The evolving wedding culture reflects the changing perception of marriage as well.

What used to be considered a union of two families is now becoming a personal promise between two individuals.

“Unlike the past, the emphasis is being more put on the values and choices of the parties who are actually going to live together,” said Jang Jae-sook, a professor who teaches a class called “Marriage and Family” at Dongguk University.

“It has led them to care less about formality and the external factors and more about what the two of them can do together in the future,” she continued.

“A lot of people regret that they should have prepared more for actual married life rather than the wedding itself. Now people are changing their behavior by realizing that an hour-long ceremony is not what’s important, but what will come afterward,” Jang added.

While the changing understanding of marriage is preferable, according to Jang, the same mentality should be applied to other aspects of life.

“The trend of small weddings is not likely to subside. However, I believe that the renewed attitude should be applied to life after the wedding as well. Just as people try to come up with their own wedding, not comparing themselves to others, they should also realize that a marriage is only about the two subjects, no one else,” she said.