Passing the torch to the next generation of Korean musicians

Passing the torch to the next generation of Korean musicians 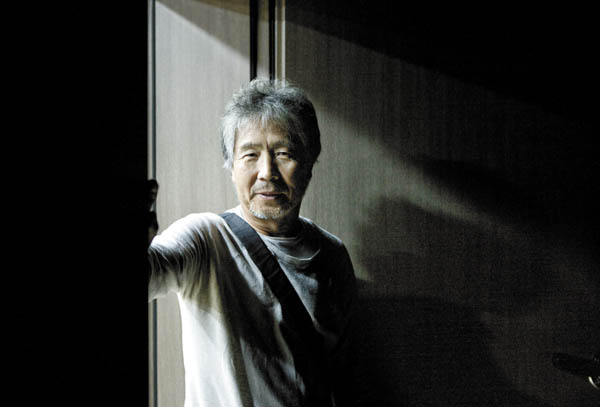 Singer Choi Baek-ho, with 40 years of experience in the music industry, is also the managing director at creative house Musistance in Mapo District, western Seoul. By Kwon Hyuk-jae

For veteran singer Choi Baek-ho, providing young musicians a place to create new music and learning more about what they need is essential to helping them further develop the music scene in Korea.

That’s why he said yes to leading Musistance, a creative studio opened by the Ministry of Culture, Sports and Tourism in December to support lesser-known bands and musicians.

“Korea lacks in infrastructure on which [young musicians] can record their live concerts and make them into an album,” said Choi in an interview with the JoongAng Ilbo earlier this month at Musistance.

“This place is essential for Korea to further develop its music scene.” 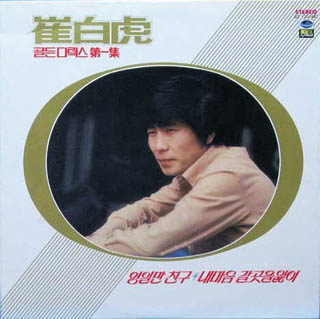 The entrance to this creative house is rather secretive. There is a glass box at ground level, and from the top one can only see the steep steps leading down underground. But once underground, there is a concert hall along with two practice rooms for groups and five for individual musicians in a space that’s nearly 1,000 square meters (108,000 square feet) in size.

The Culture Ministry had invested 3.5 billion won ($3 million) and Mapo District provided the space for free. Overseeing operations is the Korea Music Development Corporation Aggregate, run by the 65-year-old Choi with his 40 years of experience in the entertainment industry. He rose to stardom in 1978, only one year after his debut, and worked with other well-known singers of the era, including rock band Sanulrim.

The price of using the space is affordable. Individual rooms can be rented for 4,500 won per hour, and any musician not affiliated with a large agency is welcome. More information can be found at www.musistance.com.

Choi says he oversaw construction of the space from the beginning, and that made him grow attached to Musistance.

It has been more than six months since the opening of the creative house, and Choi said he will give “more than 100” out of 100 toward running the studio.

Q. Can you further evaluate the performance of this venue so far and elaborate your operational plan?

A. I come here almost every day. As I get my hands on it, I grow to have more responsibility. We are also running a project in which we discover indie bands. There were about 350 teams that participated, and there were so many talented ones, it made me want to establish my own agency [to support them]. I also want to operate a music academy. I would bring in top-level teachers to foster young and quality musicians. One day we will get to see a singer from Musistance.

How do you communicate and empathize with young musicians?

Some of them call me big bro. And I learn from them. Young people these days have real quality, but they have no event to perform in. We need to bring work to them and invest in them. How long do you think the idol generation can last? These musicians are the fundamentals of the Korean music scene.

Why did you decide to take a role at this center?

I have been the general director of the Korea Music Development Corporation Aggregate since 2011. The organization was designed to select 10 musicians and elderly singers who struggle to stay financially afloat and help them. Although the money the aggregate provides is shamefully small, it gives money four times a year, for example on national holidays, and holds concerts. It operates based on donations, so money is always troublesome. It opened its bankbook on its website to keep things clear. Then the Culture Ministry contacted me and asked if I could take on this new creative center. I’m usually busy and my personality doesn’t really fit with meeting many different people, but I accepted the post thinking that more staff could get paid.

How did the name of the studio come up?

It is a combination of music and Resistance, the movement during World War II. I made it myself. It is the good fit for the center as it doesn’t go above the water and stays underground to foster and support younger bands. The government really opposed the idea, maybe because of the connotation of the word “resistance.” I just registered the name, wouldn’t negotiate and rejected all other names.

How do you introduce the center?

It is a creative house which provides help to musicians through a new system. This place is made to look 10 years head. The practice studio is better than the one in Berklee College of Music in the United States. Many people who come to practice are really surprised.

We brought talented music directors and filled the place with new gear. We can make an album by recording a performance at the concert hall live. Such a setup is rare in Korea. This place is essential for Korea’s music industry development.

You also do the managerial work. Isn’t that difficult?

I thought you just automatically get a budget. I have to go to Sejong City, and go to the National Assembly. Those things are tough. Back in 2001, the government spent millions of won to build a recording studio called Kocca in Mok-dong, Yangcheon District. The place was popular among musicians, but it had to close down due to the budget shortage, and all the gear was sold in an auction. This means that the government has not valued cultural [content] much.

Next year’s budget for us has also not yet been decided, so it is unclear if we can continue running the place next year. We need to have the government pay attention to this place and see how effective it is.

Choi didn’t dream about becoming part of Korea’s music industry, although he has dedicated his life to it since his first album, “My Mind Lost Ways,” in 1976.

Choi, who’s from Busan, originally wanted to be a painter. However, he had to give up his dream as his family struggled financially after his father died, in the same year he was born, 1950.

He couldn’t go to art college, but started singing at live clubs in Busan after he was discharged from the military. He became a singer after singer Ha Su-young, who sang “A Song Dedicated to My Wife,” introduced him to the industry.

“I don’t think I would have seen much success if I had become an artist,” Choi said. However, he added that he still paints from time to time.

How do you look back on your 40-year-long career in the music industry?

It passed really fast. I didn’t do anything, but time just flew by. As a singer, I was very lucky. I have given up music before, but then another song of mine became a hit so that I could get back into the business. I think now, I can talk with others about what is the best way to live.

Your songs are often used in TV dramas. What do you think about that?

My song “About Romance” became a hit thanks to drama writer Kim Su-hyun. The album was usually selling 30 copies a month, but the number of orders suddenly skyrocketed. [As I would later find out], an actor in “Men of the Bathhouse” sang the song in the drama. Later, on I went to meet Kim to show my gratitude, and she said she heard the song when she turned on the radio in her car. She asked the drama director to get the album and put the song to the drama on the same day. The album sold more than 300,000 copies then, 20 years ago. It was unbelievable.

Another song I released two years ago, “On the Road,” was also loved by many after an actor on the TV drama “What Happens to My Family?” sang it on TV. I was thinking about why [the song became so popular], and I realized that there are not that many songs lately for the people in [their 50s]. I think I need to hurry and make one more song for them (laughs).

What’s the reason you are also relatively well-known to the younger audience?

That’s all thanks to IU. I sang “Walk with Me, Girl” with her. She is really talented. She has a superb ability to feel the rhythm. It’s easy to pick up the rhythm of high-tempo songs, but more difficult for slower ones. That young singer does things even we would consider not doing. She was born to be a musician. I think I have become young musically as I communicate with the younger generation.

My dream is to become a movie director. I have made two screenplays already. One is called “Misa-ri.” It is about singers who perform in Misa-ri. The other is more absurd, based on science fiction. I have good feelings about them, but haven’t got to make them as I couldn’t find funding.

What’s your goal as a singer?

I’m preparing for a concert and an album to celebrate the 40th year since my debut next year. I practice singing every day. If I don’t do it, my throat will lose its [focus]. It takes a long time to get it back on track. I practice to keep my senses together. I have experienced much more than I deserve so I don’t really have any big dreams.

BY BY KWAK JAE-MIN [lee.sunmin@joongang.co.kr]