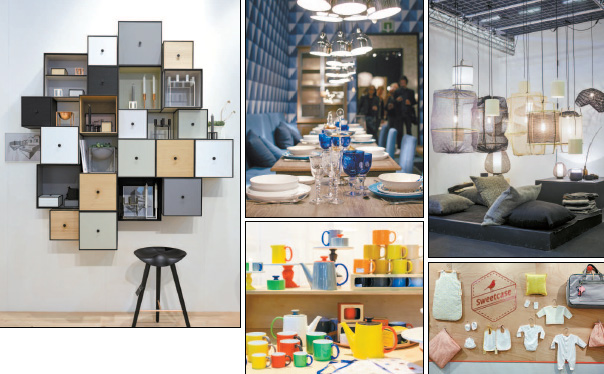 Maison&Objet Paris next month will feature a whole new floor plan along with a stronger Korean presence. Clockwise from above, designs from: Fancy in the “Now! Design à Vivre” section; Fancy in the “Elegant” section; Ay Illuminate; Sweetcase; and Serax. Provided by the organizer

Maison&Objet Paris, the world’s largest trade fair of home and lifestyle fashions and trends, will kick off its five-day run Sept. 4 at the North Paris-Villepinte Exposition Park with a whole new floor plan.

Organizers say they will reshuffle the layout for the upcoming edition, the show’s 20th anniversary, to better reflect the growing number of international visitors and buyers. With this change, about 70 percent of exhibitors will be relocated.

Also notable is how the so-called Cook+Design sector, featuring kitchenware and tableware, will be taking center stage at next month’s fair. 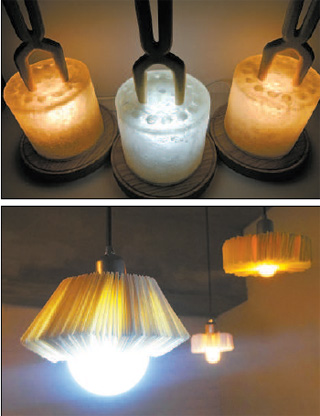 “The kitchen has become a room of greater social focus, just as cooking is now a creative hobby,” Maison&Objet Paris said in a press release.

More than half of the visitors to the fair are from abroad, and they are responsible for around 80 percent of transactions, according to organizers.

“The new visitor profile has redefined the boundaries of the home fashion and lifestyle market,” the organizers said.

In fact, Maison&Objet, which has been held in Paris in January and September for the past two decades, has been branching out since last year. Organizers launched the first Asia edition in Singapore in March 2014, and the first Americas edition in Miami Beach in May this year.

Korean exhibitor participation in the upcoming show will be stronger than in previous years. A total of 16 Korean exhibitors will take part in September - compared to seven in January - including the Korea Crafts & Design Foundation (KCDF).

This year marks the foundation’s eighth year taking part in Maison&Objet Paris. And the KCDF booth will be located in the “Now! Design a Vivre” section, which is dedicated to new design concepts.

The KCDF will showcase the works of 14 craft designers and two design studios.

Han Seon-hee of the foundation’s exchange and cooperation division told the Korea JoongAng Daily that they chose pieces “that keep the traditional elements of Korean craft but at the same time reinterpret functions and designs in consideration of European visitors and their lifestyles.”

Paris will be even more exciting early next month because the fifth annual Paris Design Week will also take place from Sept. 5 to 12 at various venues, coinciding with Maison&Objet. Of the various programs scheduled, the “Now! le Off” exhibition will feature leading talents, according to the organizers.

And a Korean team, “Gemstone,” is the guest of honor at the exhibition. Consisting of 13 young designers from the Living Products Design Department of Yeungnam University’s Design and Art College, the team will be presenting about 20 pieces.

“Our exhibition is about lights,” Prof. Jung Myung-taek from the department told the Korea JoongAng Daily. “We tried to accentuate what’s quintessentially Korean, but at the same time find what’s universal.”