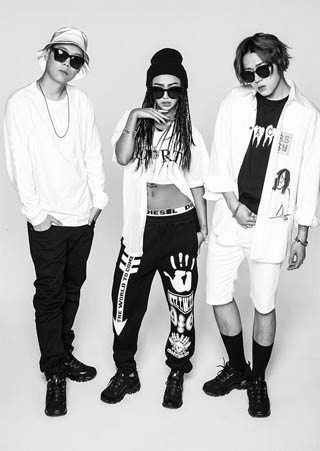 Rappers Zico and Paloalto and singer Hyolyn from the girl group Sistar will release a collaboration single on Aug. 26, according to the female singer’s talent agency, Starship Entertainment, on Wednesday.

Along with the news, the entertainment company also released a black-and-white teaser image of the three singers on its official Twitter account, in which all three musicians are dressed in hip-hop fashion.

After unveiling their special album, they are scheduled to stage performances based on the new music.

The collaboration among the three musicians is highly anticipated, as Zico and Paloalto’s rap skills have been showcased on the rap audition program “Show Me the Money 4,” and Hyolyn’s singing ability has long been praised by the public.