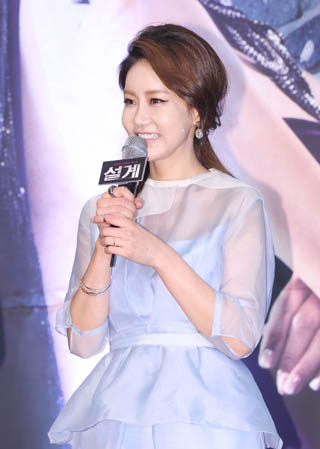 Actress Shin Eun-gyeong has been confirmed to be starring in a new SBS drama series named “The Town” (working title), according to a person affiliated with the 42-year-old’s talent agency, Run Entertainment, on Wednesday.

The actress will take on a character named Yoon Ji-sook, who is portrayed as a beautiful and graceful craftswoman.

The upcoming TV drama, which consists of 16 episodes, will depict horror stories that occur in a peaceful town.

The project is meaningful to Shin because it is the first time she is appearing on a terrestrial broadcasting channel since her participation in MBC’s “Scandal: A Shocking and Wrongful Incident” (2013), which garnered 17.5 percent viewership, according to Nielsen Korea.

The first episode of Shin’s new drama will air on Sept. 30 as a follow-up to “Yong Pal.”