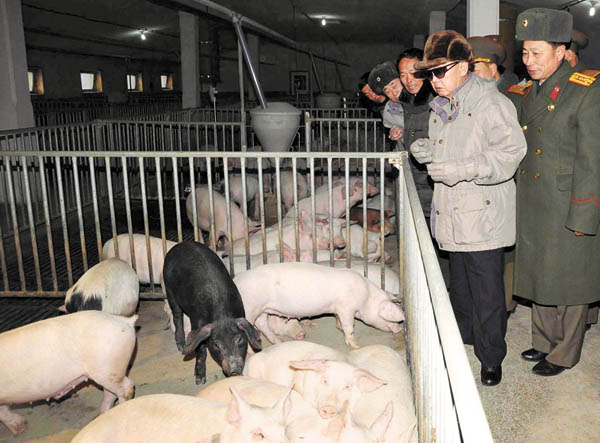 When Kim Jong-un issued a special statement on a “new beginning” for North Korea’s livestock industry early this year, a Japan-based newspaper analyzed it as a sign the communist state was putting major efforts into boosting production of animals for the table.

“[The statement] emphasized all means of policy to be mobilized for a groundbreaking advancement in livestock this year,” the Chosun Sinbo, published by the pro-North General Association of Korean Residents, wrote on Feb. 2. “North Korea’s grain production has recently been on the rise, and so has its fisheries sector,” the newspaper said.

The statement by Kim was entitled “Let’s herald a new beginning by developing livestock through the establishment of Sepho area farming bases.”

Sepho is one of 15 counties in North Korea’s Kangwon Province, and in September 2012 it was designated by Kim for development. 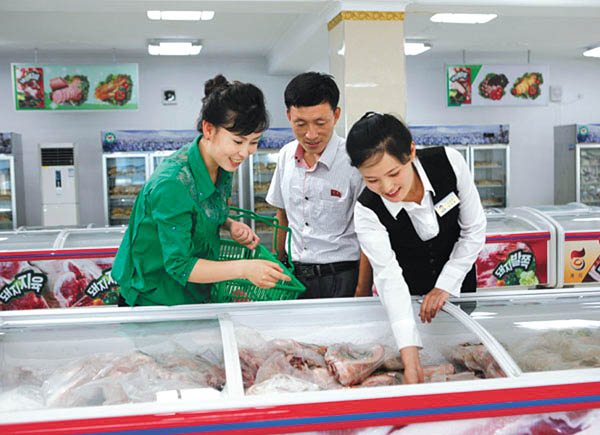 Pig farming in North Korea is considered a big deal because it captured the attention of Kim Jong-un’s father, former leader Kim Jong-il, who died on Dec. 17, 2011.

When the former ruler visited a pig factory under the Korean People’s Army (KPA) Unit 966 in January 2005, he was reported to have said, “Pork is the best meat of all.” He was also known to have discussed the economic feasibility of domesticating pigs, saying it’s cheaper than establishing a modern factory to process chickens.

In another instance, Kim Jong-il was quoted as saying, “pigs taste the best when they’re 60 kilograms [132 pounds], as seen in various cases in foreign countries, where they normally fatten pigs up to that weight.”

He also said that when you refrigerate pork for too long, you end up with less moisture and a drop in freshness.

To conform with Kim Jong-il’s order to establish more pig factories around the country, two were built after 2005, one in Kangwon Province and another in Hwanghae Province.

Kim Yong-hyun, head of the internal medicine department at the state-backed Academy of Koryo Medicine, appeared on the North’s official Korean Central News Agency (KCNA) in April 2005 in praise of pigs, saying there’s not a single part wasted, including their feet, kidneys, tails and teeth.

The spotlight on pig farming has also affected bean cultivation, as North Korea mainly feeds pigs with various sorts of beans. Kim Jong-il is said to have ordered the state-backed agricultural research center to produce bean planters and threshing machines to boost production. Kim Jong-un has underscored research in beans and other protein sources.

In part to secure more high-quality feed for their livestock, North Korea has recently signed a deal with Spassky Bacon, a Russian company focused on animal feed, to build a factory in Hwanghe Province. The company was quoted by Russian media as saying that it will soon send some 700 piglets to the new factory, and feed will be provided by a factory in the Russian town of Lesozavodsk.