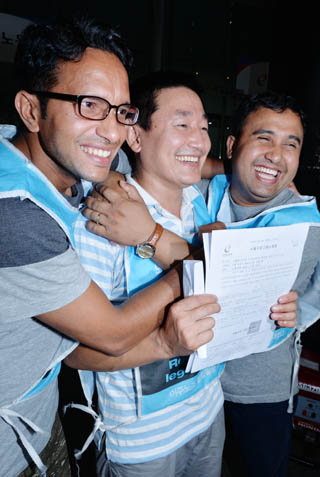 Foreign workers celebrate in front of the Seoul Regional Ministry of Employment and Labor in Jung District, central Seoul, on Thursday with documents that show the official establishment of a labor union for foreign workers. Although the union was first established in 2005, it was not officially recognized by the government, as some of the members were illegal immigrants. But after a 10-year legal battle, the Supreme Court in June ruled in favor of the foreign workers. [NEWSIS]