Slovenian band brings ‘Sound of Music’ to the North

Slovenian band brings ‘Sound of Music’ to the North 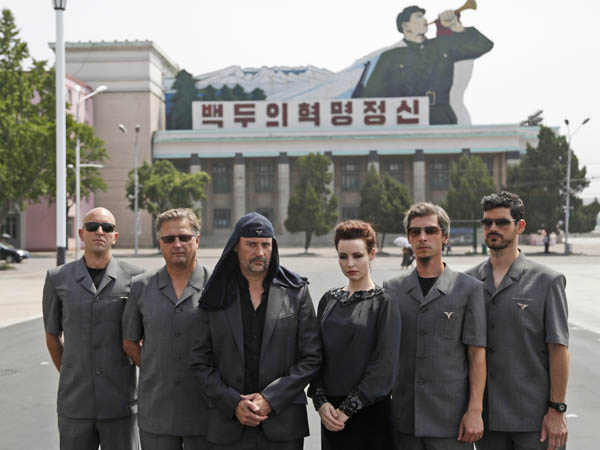 Members of Slovenian rock band Laibach pose during a photo shoot at Kim Il Sung Square prior to their performance in Pyongyang on Wednesday. It is rare for North Korea to allow modern music from abroad to be performed inside the country. [AP]

In Pyongyang, they played songs from “The Sound of Music.’’

The group, known for its growling, visually charged style of music, performed Wednesday before a full house at a concert hall in Pyongyang in one of North Korea’s more unusual attempts at opening the door to what is generally seen as the decadent and vaguely threatening pop culture of the West.

The “Sound of Music” choice had some subversive elements of its own, as the original was set in the era of Nazi Germany. 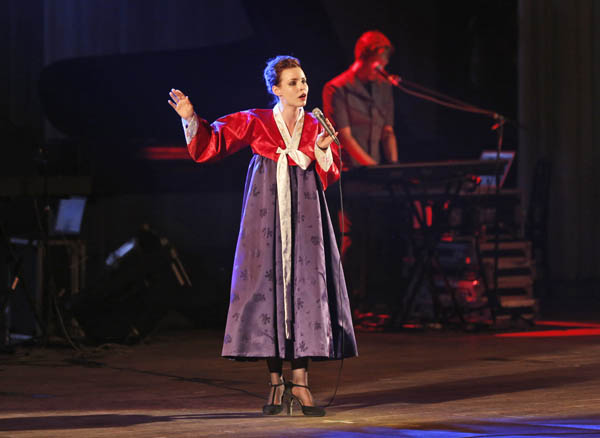 A member of Slovenian rock band Laibach wears a traditional Korean dress as she performs in Pyongyang. [NEWSIS]

“It is a piece of international music, that very many people know, but at the same time it says something more, it says that the sound of music is also a language of communication,’’ said Morten Traavik, organizer of the Laibach tour.

“There is also a message behind the music, and that is music can actually sometimes even in the most adverse of circumstances, bring people together.’’

The concert wasn’t, however, Laibach at its most provocative.

The band played only one of its own numbers, and instead played mostly covers, including the Beatles’ “Across the Universe’’ and the Europop hit “The Final Countdown.’’ They also included a traditional Korean song, “Arirang.’’ Some in the band wore North Korean-style short-sleeved suits, and one wore a traditional Korean costume for part of the show.

Aware of the many sensitivities of the North Korean government, before embarking on the tour the industrial rock and retro electronic band promised a “gentle’’ version of themselves for the North Korean audience.

“It’s a really good feeling,’’ said Laibach’s Ivan Novak. “I think we did more than we expected in the end. I don’t know how much, what kind of trace that will leave here, but, you know, it’s a big step for - no, it’s a small step for Laibach, and a big step for humanity.’’

The group’s North Korea appearances - they plan to hold another concert on Thursday - are being called the “Liberation Day Tour’’ and coincide with the 70th anniversary of the Korean Peninsula’s liberation from Japanese colonization.

According to the group’s homepage, the concerts will be the subject of a documentary film scheduled for release in 2016.

Though none has been quite as politically controversial as Laibach, several pop singers, a Christian rock group and even bands from South Korea have performed in North Korea before.

Pyongyang resident Hwang Yong Ran, who watched the Laibach show, was a bit perplexed by their music.

“Of course this is different to our taste,’’ Hwang said. “But it was quite nice to hear ‘Arirang.’’’ AP