Buy a bag, give a book to a single mother’s kid

Buy a bag, give a book to a single mother’s kid 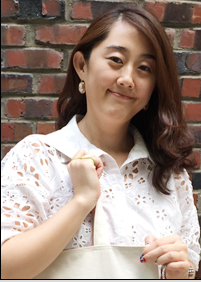 There’s now a simple way to help support children from single-mother families: When you buy one eco-bag, the profit from the sales will be used to buy a storybook for an underprivileged child.

Shin Jin-yeong, the CEO of Yolo Bag Korea, said she wants to make a meaningful contribution to society. And she’s doing that through the company’s Yolo eco-bags - the acronym stands for “You Only Live Once.”

Shin used to be an interpreter of Spanish into Korean.

“When I worked for an international organization in Washington D.C., I had the chance to see the work of international humanitarian aid organizations,” she says. “Since then, I have hoped to interact with underprivileged people on my own.”

Shin decided to go into the eco-bag business in March 2014. Her elder sister, Shin Jin-ah, who majored in visual design, helped design the bags.

Shin, who also volunteered at secondhand bookstores, realized that children’s books were quite expensive.

“I realized that some children would never be able to dream of having such expensive books, which I took for granted when I was young,” she said.

She decided to help children of single moms.

“Despite their desperate need for help, children of single moms are in a kind of blind spot of the welfare system,” she says. “Single-parenting is still stigmatized and the subject of social prejudice here in Korea.”

Before she started the bag business, she had never used a sewing machine. So she reached out to seamstresses for education.

“I didn’t understand the technical terms used in sewing, so I was often scolded by the seamstresses,” she says. “It was really stressful to learn sewing, but as time went by, I could accept the scoldings and naturally built up intimacy with them.”

Since she started the business, she has sold more than 600 eco-bags and donated 600 children’s books.

“I have known Daniel for many years, and he told me in June that he was eager to contribute to my business,” Shin says. “The newly designed bag has a handwritten message from Daniel in Korean and German saying, ‘Live dream love. Don’t lose hope. Keep trying. It will happen. We promise.”

Lindemann was raised by a single mom, Shin points out.

Profits from Lindemann’s bags will be donated to single-mom households to help with expenses. The bags can be purchased at wadiz.co.kr, a Korean crowdfunding website.

Asked about her hopes for the future, Shin says, “I’m waiting for the moment when the children who read the books grow up and visit me, saying ‘Hey, sis, I grew up reading the books you sent.’ That is my biggest fantasy.”