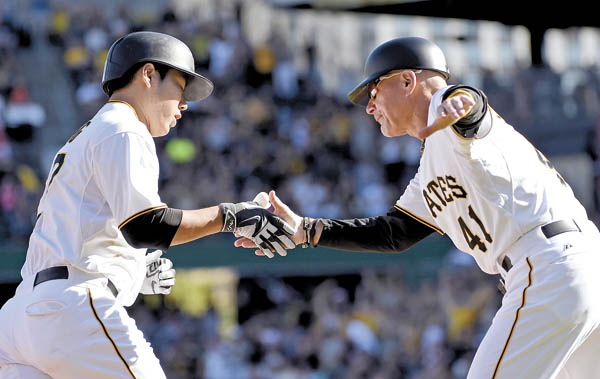 12 and counting - The Pittsburgh Pirates’ Kang Jung-ho, left, is congratulated by third base coach Rick Sofield after hitting a solo home run in the fifth inning against the San Francisco Giants on Saturday in Pittsburgh. Kang also had a solo shot in the seventh to mark his first game with two home runs. He now has 12 home runs in his Major League Baseball debut season. The Pirates won 3-2. [AP/NEWSIS]