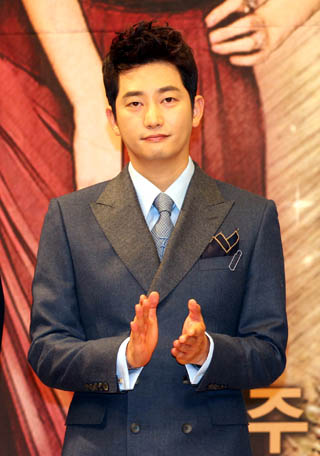 Actor Park Si-hoo has been confirmed to be starring in a new TV drama called “The Town’s Hero” (working title), according to movie channel OCN on Monday.

Directed by Kwak Jung-hwan of various TV series such as “Basketball” (2013), “The Slave Hunters” (2010) and “Conspiracy in the Court” (2007), the upcoming TV drama is scheduled to begin shooting next month and will be released early next year.

In the project, Park takes on the role of a former undercover agent named Baek Si-yoon, who yearns to achieve love and justice.

The upcoming drama series is the first for Park since his latest work, “Cheongdam-dong Alice” (2012-13). Even though the drama enabled the celebrity to achieve stardom, he was soon criticized after being accused of sexually assaulting a would-be actress in her 20s. The charge, however, was withdrawn after a month.