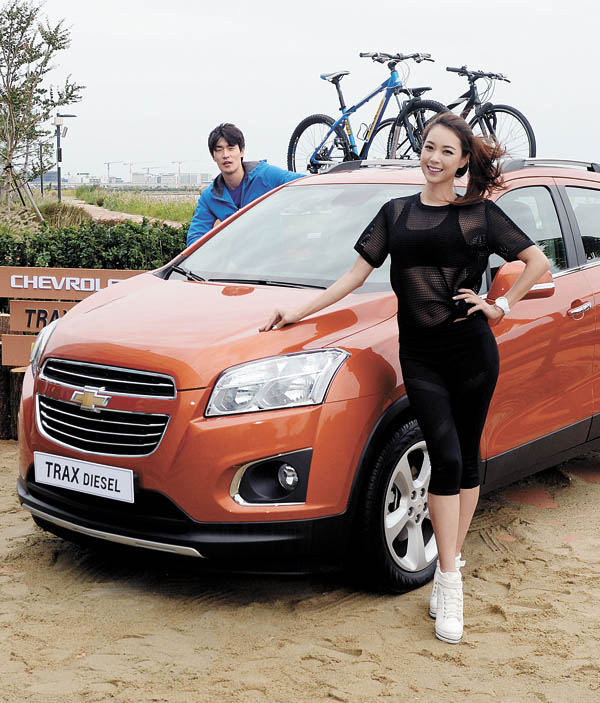 Models pose next to the new Trax diesel model during a launching event held at the Nest Hotel in Incheon on Tuesday. According to GM Korea the small-sized SUV has installed a powertrain developed by GM Europe and a four-cylinder 1.6 CDT diesel engine provided by Germany’s Opel. It said it runs on a third-generation, six-speed automatic transmission and has a fuel efficiency of 14.7 kilometers per liter (34.58 miles per gallon). The price on the SUV is between 2.16 million won and 2.5 million won ($1,831 and $2,118). [NEWSIS]