With test drives and inspections, Chairman Chung fixates on excellence

With test drives and inspections, Chairman Chung fixates on excellence 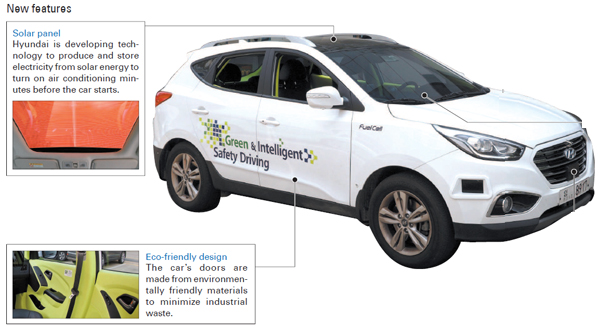 Revolutionary ‘R Car’: Hyundai Motor Group is testing a futuristic and eco-friendly self-driving vehicle called the “R Car,” equipped with cutting-edge technology. Its exterior is based on the popular Tucson model, and the car represents Hyundai’s goals to integrate information technology, high-end design and human-friendly features.

When Chung Mong-koo, chairman of Hyundai Motor Group, heard that consumers were complaining about the Carnival Minivan, his order to executives was simple: “Bring the car to my house right now!”

It was March 1999, and Hyundai had just acquired Kia Motors, the original producer of the problematic Carnival. Hours after his directive, the van arrived at Chung’s house in Hannam-dong, central Seoul.

A month later, he gathered executives and engineers at the Kia Motors headquarters in Yeouido, western Seoul. Using chalk, he circled different parts on a Carnival model - the sliding door, the floor below one of the seats, a gap when the door closed - identifying them as problem areas.

Chung had found them by test-driving the car - and then disassembling it himself.

That meeting was the first of Hyundai Motor Group’s monthly “quality meeting.”

Since then, the Carnival has taken off in both the domestic and international market, selling 640,000 models in the country and 950,000 worldwide as of July.

His story of developing the Genesis sedan is famous among engineers. 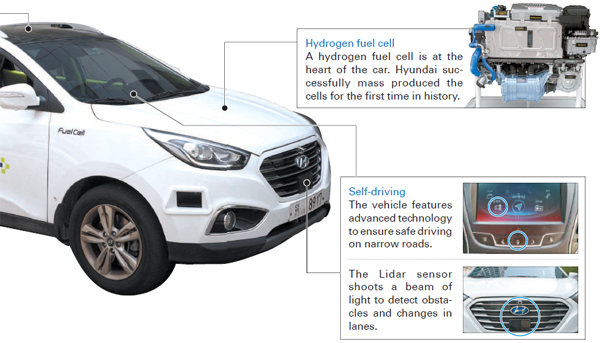 In 2008, he announced intentions to create a luxury sedan. Early in the production process, Chung visited the Namyang Institute in Hwaseong, Gyeonggi. While touching the body of the Genesis, he suddenly told the engineers, “I need to look underneath.”

Engineers hastily raised the car, and when Chung saw the underside, his face hardened.

“Chung pointed out problems in the power unit of the new sedan, which he saw on first glance,” said Kim Deok-mo, then-PR manager at the institute. “Every engineer there was surprised that he could identify those problems.”

Under Chung’s close watch, the Genesis sedan got perfect scores in all 29 criteria of the safety test for crashworthiness by the Insurance Institute for Highway Safety in May 2014. Released in November 2014, a total 105,915 of the latest model have been sold so far, including about 53,000 in exports, recording the fastest sales among all of Hyundai’s full-size sedans.

Chung is known for his insistence on checking the quality of vehicles himself, down to the smallest models. In 2011, when he was shown the mini multi-purpose vehicle later released as the Ray, he immediately jumped into the driver’s seat, much to the surprise of the engineers in attendance. 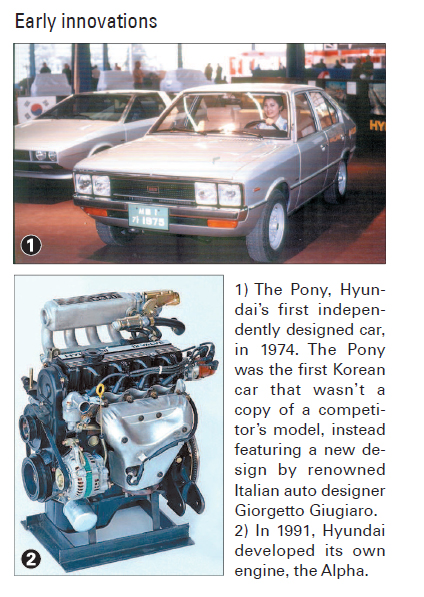 “You’ll never know the car if you don’t drive it,” the 73-year-old chairman said.

After test-driving the Ray at the institute, Chung was complimentary - a big relief to the engineers, who hadn’t expected him to evaluate the car’s driving performance.

“I thought I’d be uncomfortable in the vehicle because I’m big, but I wasn’t,” Chung said. “The ride is very comfortable when the car is driven under 100 kilometers per hour [62 miles per hour].”

“Quality is the reason our company survives,” Chung was quoted by an employee as saying during a meeting. “Please always remember that quality should never be sacrificed for anything.”