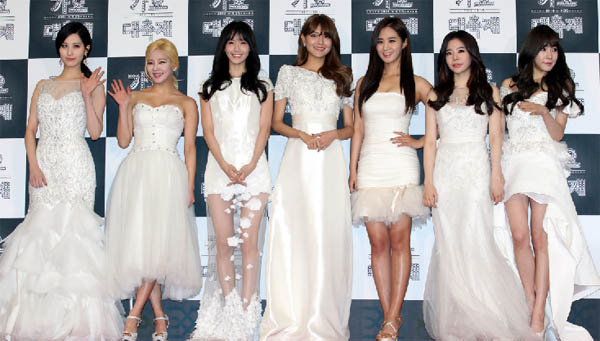 Their latest album, which became internationally available through iTunes last Wednesday, ranked No. 1 on Tuesday under the category K-Town. Their achievement makes them the sixth singing group to rank No.1 on the World Album Chart more than once.

Meanwhile, the popularity of their two title tracks “Lion Heart” and “You Think” is evident on YouTube, where the two tracks ranked No. 1 and No. 2, respectively, on the K-Pop Music Video Chart Top 20 as of last week.

The eight members are currently promoting their latest album by appearing in various music programs.

The group is also starring in a reality program called “Channel SNSD,” in which each member shows off her distinct personality and abilities.