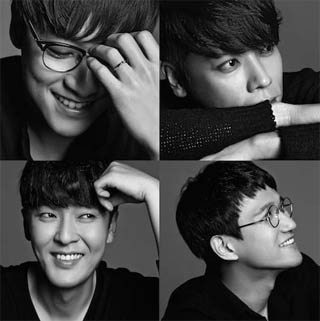 East posted pictures of himself and the Korean band along with the comment “Working with them was a great fun” on his Facebook account, according to KT Music on Wednesday.

East is a jazz, R&B and rock bass player and singer. He is the bass player and composer for the contemporary jazz quartet Fourplay. The musician has previously worked with various internationally renowned musicians such as Madonna, Michael Jackson and Daft Punk.

For the Korean band’s upcoming album, which will become available on Aug. 31 through KT Music, East and jazz guitarist Jack Lee personally arranged the song.

Sweet Sorrow’s upcoming “Let’s Make Love” was originally co-written by East and American producer Babyface in 2002 and is one of the representative songs of Fourplay.

Sweet Sorrow, which consists of four members, debuted in 2005 with their self-titled album. A few of their well-known songs include “Pounding Heart,” “First Date” and “You Are My Everything.”