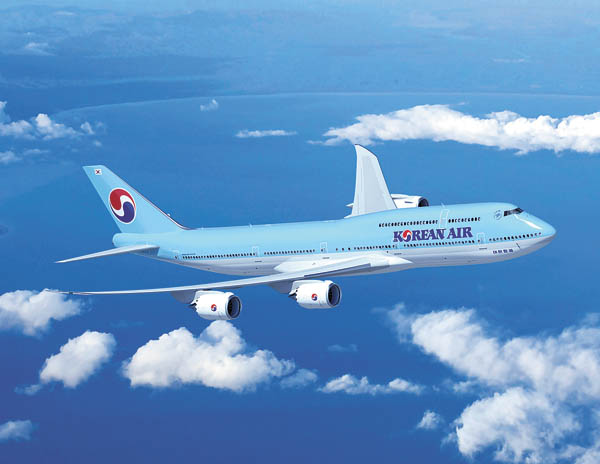 Korean Air held a ceremony to mark its acquisition of the plane from Boeing in Seattle with Korean Air Vice President Cho Won-tae attending. Cho is the only son of Korean Air Chairman Cho Yang-ho.

The B747-8i is 5.6 meters (18 feet) longer than the B747-400, which helped Boeing grow into a major airplane manufacturer in the 1990s. The additional length allows Korean Air to add roughly 50 more seats. Cargo space is also 27.9 square-meters bigger.

The weight of the airplane has also been reduced thanks to aluminum alloy. As a result, it has a fuel efficiency 16 percent better than the B747-400 and a 16 percent reduction in carbon emissions.

The Korean carrier has installed 368 seats in the plane: six in first class, 48 prestige class and 314 in economy.