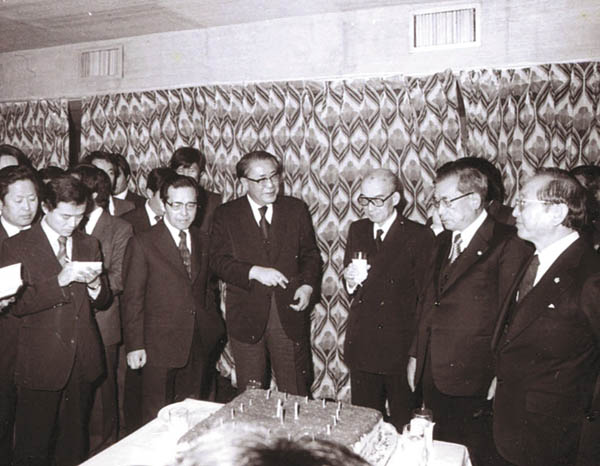 In December 1975, I resigned as prime minister after physically exhausting myself for four and half years. As prime minister, I dealt with a number of historical events such as Korean Central Intelligence Agency (KCIA) Director Lee Hu-rak’s visit to Pyongyang, the launch of the Yushin Constitution, the abduction of Kim Dae-jung and the assassination of first lady, Yuk Young-soo.

When it came to politics, President Park Chung Hee’s unique divide-and-rule strategies, which he used to keep his aides in check, tired me out. Park’s guards always monitored me.

Before my resignation, the stress manifested itself physically. I felt it for the first time when I attended an event at the Suwon Airfield to welcome the Baekma Unit as they returned from South Vietnam on Feb. 23, 1973. While I was giving a speech on a stage on the runway in the freezing weather, I felt a cramp on the right side of my face and soon it felt like I was hit by a hammer.

After the event, Rep. Kim Yong-tae, who was running from Daejeon in the general election, came to me and asked me for an endorsement speech since his prospects were iffy. I couldn’t say no because the election was only four days away. I went down to Daejeon right away to support his campaign. 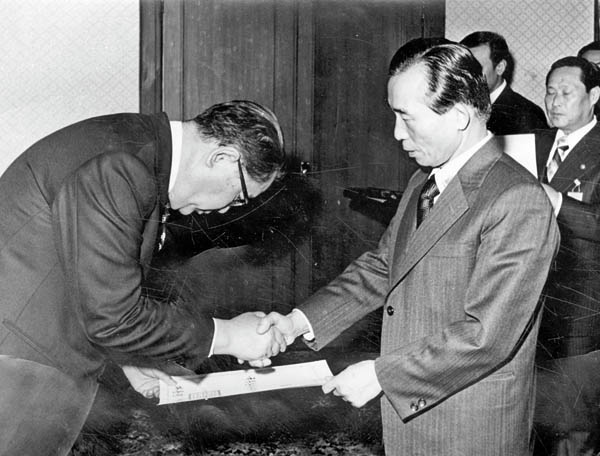 It was 3 a.m. when I came back to my residence in Samcheong-dong, central Seoul. My body temperature hit 39 degrees Celsius (102.2 degrees Fahrenheit). I collapsed in bed.

A few days later, President Park and the first lady paid a visit after voting in the general election. They said they heard I was almost dying. It took me a week to get out of bed. The fever broke, but I couldn’t move my right leg properly. I had a stroke in 2008 and I had partial paralysis on the right side of my body. I believe I had similar symptoms in 1973.

But I clenched my teeth and kept working. I went on a tour of Western Europe in May 1973. As I was stopping in Paris, my doctor Suh Succ-jo introduced me to a famous neurosurgeon who treated Mao Zedong. He came to my hotel room. He asked me to undress and examined me for two hours.

“To cure your illness, you need to take a rest for a long time,” he said. “There is no miracle cure and all you need is to quit your job as prime minister.”

I thought of tendering my resignation to President Park when I returned to Korea, but I chose not to. I didn’t want him to believe that I was making an excuse to quit the job.

At that time, Park was not the same man who started the revolution. At the time of the May 16 revolution, he thought of me as a partner. But he made himself an absolutist after he learned about politics. Then I was treated like a man who could neither get close to him nor be allowed to leave politics.

I had to deal with the situation and not bother him at the same time. Adding to the stress from work, my illness got worse.

On Dec. 27, 1974, I went up to the Blue House and suggested a referendum for the Yushin Constitution, and then added at the end, “Please let go of me now. My body isn’t working anymore.”

At that time, I couldn’t even walk well. The pain in my lumbar region had worsened.

“I’ve heard about it,” Park said soothingly. “They say it’s nothing. What’s really going on? Do you just want to quit?”

“I’m overcompensating to hide my weakness, but I think my body has completely broke down.”

Park’s doctor, my doctor and Park’s family doctor examined me and reported to Park in detail. Park finally understood. I could resign.

Park asked me about my successor.

“What matters most is who you’re considering,” I said.

He seemed to have made up his mind already and I didn’t have any reason for opposing it.

Choi served as a military officer after liberation from Japanese colonial rule and then became a diplomat. He was one of the three men who I, while serving as the KCIA director right after the May 16 revolution, brought in to establish the Democratic Republican Party.

Choi was tapped as foreign minister in 1967 and visited Pyongyang with KCIA Director Lee Hu-rak as a member of the South-North Coordinating Committee. He was a quiet man and obeyed Park’s orders.

Though I left politics, it didn’t mean I had no work at all. On May 30, 1976, as I was getting better, I visited the Blue House to report the establishment of the Korea-Japan Parliamentarians’ Union.

“You look much better,” said Park. He then asked, “Can you look for a location for a temporary capital?”

I could feel that Park wanted me back. I had been gone for several months.

We were considering moving the Blue House, the National Assembly and other government ministries away from Seoul for security reasons. Tensions with the North were high. The plan was also an effort to ease overpopulation of Seoul and its surrounding areas. Everything was to come back to Seoul after reunification.

I called Seoul National University President Yoon Chun-Joo and gave the job to Choi Sang-cheol, an environmental professor, and Joo Jong-won, a professor of architecture. It had to be done secretly to keep land speculators from catching on. The two professors stayed at the Namsan Tower Hotel for three weeks to come up with a plan and then went out for site inspections.

In the middle of June, I suddenly got a call from the superintendent of Gongju Police Precinct.

“We found two people wandering around the Janggi area, so we arrested them. I called you because they would tell us nothing. They told me to call former Prime Minister Kim Jong-pil”

It was the two professors. Two scholars in sneakers and causal wear must have looked weird.

“Release them immediately,” I said. “I will hold you responsible if anyone finds out about it.”

There were some principles I suggested to the two professors. The location should have been north of Daejeon because it had to be close to Seoul. But it had to be out of range of the North’s latest Frog missiles, which could reach about 70 kilometers (43.5 miles). If North Korea abruptly launched missiles, Seoul would have been enveloped in flames, as the North frequently threatened.

Also, I asked them to find a place near the Geum River, because it was ideal for a Korean capital to have a river nearby. It needed to accommodate about 500,000 people.

They chose the Janggi area, which is near the current Sejong City.

I reported their choice to Park a month later. Park disclosed the plan for the first time on Feb. 10, 1977, as he carried out a New Year’s inspection tour in Seoul.

“Since we are able to defend ourselves independently and outpace the North in power, we will begin to seriously consider moving the capital,” he said. “But we will still keep defending Seoul in a contingency situation.”

Then he changed his mind. In his New Year’s address in 1978, Park said the plan wouldn’t go forward. The problem was money. The professors estimated that we needed 5 trillion won ($4.2 billion). And we knew that we would need three to four times that amount when we began construction.

Park thought we couldn’t afford it and needed to build a heavy chemical industry at the time.

“Let’s spend the money on chemicals instead,” he told me.