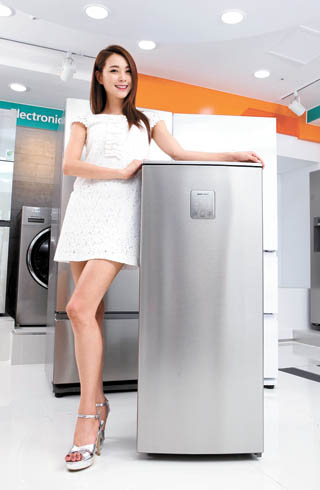 Dongbu Daewoo Electronics has introduced a kimchi refrigerator designed for singles or households with two members.

The consumer goods manufacturer said the “multipurpose” kimchi refrigerator is 102 liters (26.9 gallons). The earlier model, which was introduced in November 2013, has garnered huge popularity and sold more than 1,000 units a month on average. It has sold over 20,000 units in total sales.

It added that considering a household with less than three family members normally eats 20 to 30 cabbages, the actual storage size that is needed is roughly 60 liters.