Tablo album out next month

Tablo album out next month YG Entertainment, to which the Korean rapper belongs, unveiled a jacket image on its official blog at midnight on Friday, fanning the excitement of hip-hop fans.

In the revealed image, a Korean coin worth 100 won ($0.09) and a U.S. 50-cent coin are shown overlapping, symbolically implying the encounter between the Korean and American musicians.

The upcoming highly-anticipated song “Hood” has been produced by talented Korean music producer Code Kunst. Along with the music producer’s heavy hip-hop beats, Tablo and Joey Badass have added their distinct grooves. 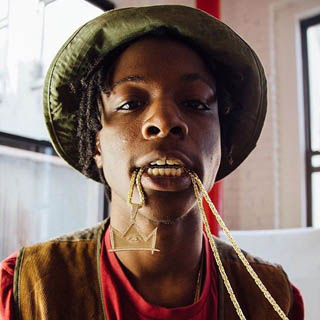 Before the album is released at midnight on Sept. 5, a trailer for the record will be made available in advance.

The news regarding the two artists’ collaboration first came out late last month, generating a lot of attention from the public.

Tablo is a renowned hip-hop musician in Korea, who began his music career in 2003 through his first album, titled “Map of the Human Soul.” Joey Badass, on the other hand, released his debut album in 2012. Yet, he has been recognized as a highly talented hip-hop artist.