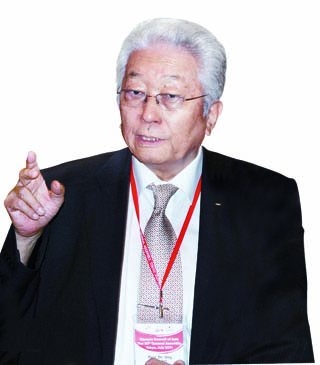 The only North Korean member of the Pyongyang-based International Olympic Committee stepped down Thursday as the president of the International Taekwon-Do Federation (ITF).

After 13 years leading the federation, Chang Ung, 77, was bestowed the position of honorary life president and replaced by Ri Yong-son, the executive director of the ITF and a seventh-degree taekwondo master.

A spokesman for the federation said that Ri replaced Chang, who completed his second six-year term, in an election Thursday by the North Korea-led international body, Voice of America (VOA) reported.

The announcement comes amid the weeklong ITF World Championships hosted in Plovdiv, Bulgaria, in which 81 countries are participating. The event kicked off on Monday.

“It seems to be a part of a reshuffle happening under Kim Jong-un’s regime,” an official from an international sports body, who requested anonymity, told the JoongAng Ilbo.

The reshuffle has also sparked speculation that this could possibly be the start of a series of replacements made among sporting officials by Kim, North Korea’s supreme leader, who has made countless changes in leadership positions since coming to power.

Chang, a graduate of Pyongyang University of Physical Education and Sports, started his career in basketball. He was unanimously elected as president of the Vienna-based ITF in 2002 and was re-elected in 2009.

The organization was founded in Seoul in 1966 by the late South Korean Army Gen. Choi Hong-hi.

The honorary life president is described as the most senior position in the ITF.

“In this position, Professor Chang will focus his energy [toward making] ITF Taekwon-Do an official Olympic event, in conjunction with the WTF [World Taekwondo Federation] as well as the International Federation for Olympic Taekwondo,” the Original Taekwon-Do ITF said in a post Monday on its Facebook page.

The ITF is not recognized by the International Olympics Committee, and only the World Taekwondo Federation, headquartered in Seoul, is a member of the Association of Summer Olympic International Federations. This bars North Korean martial artists in the ITF from competing in the Olympic Games.

The message also congratulated Ri, who served at the ITF Vienna headquarters as executive director-general for a decade, and as vice president of both the Korean Taekwon-Do Committee and North Korea’s National Olympic Committee.