The king of the K-pop industry talks shop

The king of the K-pop industry talks shop 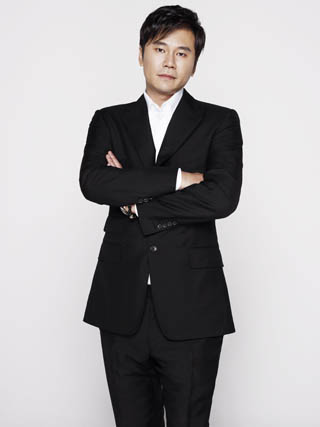 As a music producer and also the head of YG Entertainment, Yang Hyun-suk is always the center of attention. Yang, who used to be an entertainer himself as a member of the once-popular Seo Taeji and Boys, has always been a much-talked-about figure: when he started his own talent agency, when YG’s musicians release a new album and even when YG recruits new artists.

In addition to YG’s astonishing success in the music industry, the company has gone a step further in entering various other industries. It launched a clothing brand called Nona9on and established YG Foods after scouting the former executive director of CJ’s brand communications team, Noh Hee-young. YG has also started planning a games business.

However, despite the company’s rapid growth, Yang doesn’t neglect to take care of his musicians, such as Big Bang, 2NE1 and Psy. And outside of work, Yang is an affectionate father of two children and a loving husband to his wife, Lee Eun-joo.

Even with his busy schedule, Yang found the time to sit down for an interview with Ilgan Sports, an affiliate of the Korea JoongAng Daily. The following are edited excerpts from the interview.

Q. YG Entertainment seems to be a public enemy [for its outstanding achievements].

A. I don’t understand why people describe the company as a public enemy. In fact, we have often been embroiled in controversy for directly confronting popular music groups by releasing records at similar times. In addition, I believe YG is the label that spends the least time on having the company’s musicians appear on various music programs out of all the entertainment firms in the nation, which is one of the greatest complaints of YG musicians’ fans.

For us, however, we believe that as long as the content itself is powerful, it will soon become widespread through various means such as YouTube. So, instead of focusing on starring in domestic music programs, YG wants to put more effort into creating better content, ultimately aiming for the international music market. I guess musicians of other entertainment companies are given more opportunities because YG’s artists don’t often appear on the shows.

That’s something that I can’t deny. Throughout the last seven to eight years, YG’s artists have most frequently appeared on SBS. Also, the public may perceive it that way because I took part in the channel’s singing audition program, “K-pop Star.” But that doesn’t mean that YG has bad relations with other terrestrial channels such as KBS and MBC. It’s not a matter of intimacy, but a matter of the direction that YG pursues. It has long been the norm for YG to refrain from taking part in music programs. And since YG’s artists stage performances only once or twice a week, we believe that the stages that fit our musicians best are the music programs of SBS and Mnet. If they are scheduled to participate in other music programs, they will have to spend almost every day appearing on the shows, which will deprive them of time to prepare for something new.

Apparently, the contract with Big Bang will soon expire. Will the boy group re-sign?

Since G-Dragon and Taeyang joined YG when they were only 13 years old, they have been with the company for almost 15 years. So it is natural that they communicate well with the company and share a similar inclination to the style of YG. In fact, our label’s biggest strength is that it is a place where people of similar interests are gathered. Even though the age difference between me and the members is as big as 20 years, I like being with them. Listening to the thoughts of today’s generation actually teaches me a lot. In fact, YG’s power comes from sharing information on the interests they share.

How are you perceived by the musicians that belong to your company? Even global star Psy seems to be afraid of you.

I wish to be a friendly older brother. But at the same time, I also want to be the most fearsome older brother, too. I believe the entertainment company has to strengthen regulations on singers that have gained a high level of popularity, not to mention feel more responsible toward them. Even though I love and respect every single member of YG, I believe it is also important to keep some distance from them. This is necessary between parents and children, too.

Instead of letting musicians fight desperately in a small market, I believe it is more important to help them see the bigger world and create an improved market for them. In terms of [hip-hop trio] Epik High, they have been going on various foreign tours since they joined YG. Of course, their musical skill was an important factor that made such an achievement possible. However, we can’t deny that YG’s organized infrastructure and system had contributed to their success. In terms of artists, the most important thing for them is to bring out good music, while the essential duty of an entertainment company is to provide them with the best system that allows them to comfortably do their music.

When Tablo [from Epik High] established a label, I didn’t get involved with his business at all. And I don’t plan to. After Tablo established the label, I told him to move his group to his own label, but he insisted on remaining under YG. I guess Tablo used to be frustrated with various problems that he couldn’t solve while working as a singer, but I believe he felt that many problems had been solved since joining YG. I hope Tablo discovers a lot of new talented singers. And I know he has the ability to do so. I’m not planning to intervene in his business. But if he needs help, I would probably give him some advice.

First, you have to find what you like the most. How can you beat someone who does what he or she likes? You have to like what you do and you also have to be crazy about it. The second important thing is ... enjoying what you like together with others. I believe that’s the definition of my success.