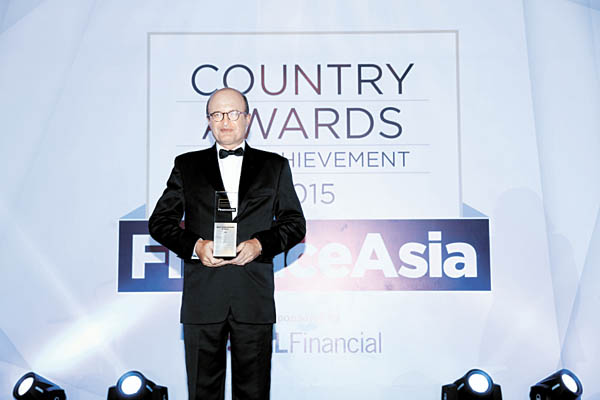 HSBC Korea’s Martin Tricaud is pictured at the ceremony. Provided by the bank

HSBC Korea was named the Best Foreign Bank of the Year by FinanceAsia, a Hong Kong-based magazine founded in 1996 that is now a subsidiary of the British media group Haymarket. This is the second time the bank has received the award.

According to HSBC Korea on Monday, the award ceremony was held in Hong Kong on Aug. 27. The bank was awarded for “improving its focus on its global banking and marketing business to help finance Korean corporate activity overseas.”

“We have established a very successful and profitable Global Banking and Markets business in Korea. Through our unparalleled network and international connectivity, we will continue to support Korean corporate clients,” Martin Tricaud, the CEO of HSBC Korea, said at the ceremony last week.