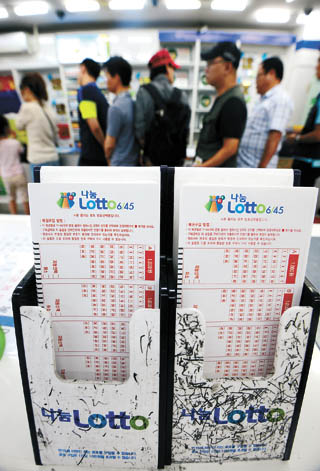 Tickets sold at a store in Nowon District, Seoul, on Monday, were among 1.77 trillion won ($1.49 billion) worth of lottery tickets sold in the first half, according to the Ministry of Strategy and Finance’s lottery committee. This is 51.5 percent of the 3.44 trillion won the government hopes to sell by the end of the year. [NEWSIS]