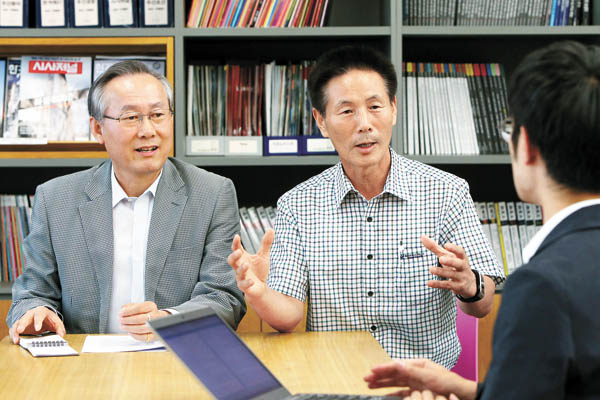 After North Korea came close to threatening war over propaganda broadcasts along the border, which Seoul halted Tuesday after reaching a six-point agreement with Pyongyang, attention has shifted to the content of the loudspeaker announcements, which can be heard more than 20 kilometers (12 miles) into the Communist state.

The broadcasts varied from K-pop songs to hard news reports criticizing the Kim Jong-un regime and weather forecasts. They were stopped on Aug. 25 - 15 days after they were resumed in retaliation for North Korea’s planting of land mines that ended up maiming two South Korean soldiers - in accordance with the joint agreement.

“A broadcast report on the execution of Hyon Yong-chol must have come as a shock to many North Korean soldiers on the frontline,” said Lee Yoon-kyu, a retired colonel who is now a policy adviser on psychological warfare for the Joint Chiefs of Staff. 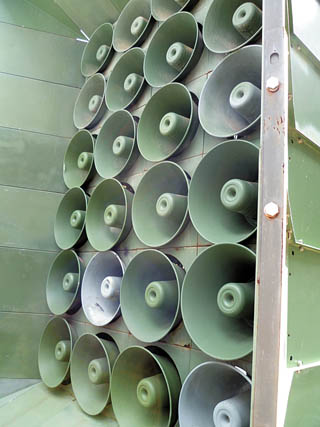 The loudspeakers at the border. By Cho Mun-gyu

Lee said news about the execution of Hyon, who held a position equivalent to the defense minister in South Korea, would have particularly shocked soldiers who were once under Hyon’s command.

“Reports on China’s opening up to the outside world after years of isolation or weather forecasts on the direction of an approaching typhoon during the summer were likely to have intrigued North Korean soldiers,” Lee continued.

For the latest broadcast campaign, the psychological operations group, under direct command of the Ministry of National Defense, played songs by Korean singer IU and idol groups like Big Bang and Girls’ Generation, with the aim of piquing young soldiers’ interest.

“These K-pop songs could have a significant impact on North Koreans in their 20s and 30s, considering their upbringing,” Lee said.

North Koreans in their 20s and 30s spent their childhoods and adolescence during the “Arduous March” from 1996 to 2000, and many in that generation have experience trading items in the black markets that sprang up across the country to make up for food shortages.

Experts say young soldiers may have been exposed to South Korean dramas and songs surreptitiously sold at those markets, and exposure to this material may have led to disgruntlement with the regime.

Those who served in South Korea’s psychological warfare unit, including Lee, say after the death of North Korea founder Kim Il Sung in 1994, about three to four soldiers defected each year by walking across the mine-laden border between 1994 and 1997 after becoming disillusioned hearing propaganda broadcasts.

During the 2002 World Cup co-hosted by Korea and Japan, the military played South Korean national team games over the speakers. Applause was heard from the northern side when a South Korean player scored a goal.

“As part of the operation, the military ran a music program titled “Let’s Enjoy Tonight” [playing K-pop songs] with a female host,” said Hwang Seon-cheon, a retired sergeant major with 37 years of service in psychological warfare. “One North Korean solder who defected wanted to meet the host, who was a psychological unit agent.”