Rihanna on top for 10 years

Rihanna on top for 10 years 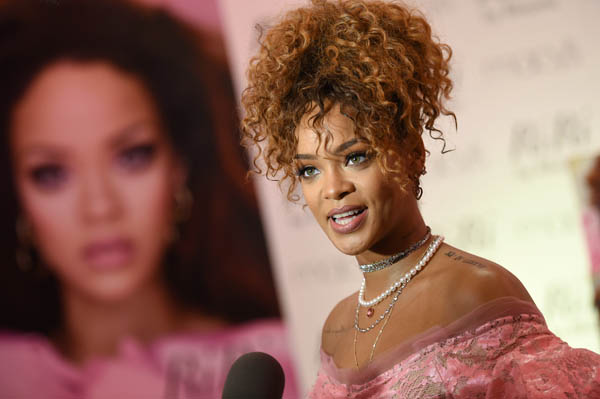 NEW YORK - Rihanna says she’s thrilled to have had a decade-long career in music, and she plans on celebrating the feat at some point this year.

“Definitely a very big deal for me. You know, I can’t believe it’s 10 years already, but we definitely have to celebrate this year,’’ the singer said during an interview on Monday. “There are a few things I have in mind, so you’ll have to wait on that, but don’t think I’m forgetting because this means a lot to me that I made it to 10 years.’’

This year, she’s dropped three singles, including the Top 5 hit “FourFiveSeconds,’’ and says she’s busy working on her eighth album.

“The new album is going really, really great. We have recorded a lot of songs, and I can’t wait to finish and put it out. That’s my next step,’’ she said.

Rihanna made the comments at Macy’s in downtown Brooklyn during the launch of her new fragrance called Ri Ri. Feverish fans screamed inside the packed store, singing her lyrics to past hits and dancing wildly as one of her songs blasted from speakers.

The singer said Ri Ri is the first of a new trilogy of fragrances. She’s had more than a half-dozen other fragrances in the past.

“I intentionally wanted to do something fun, something that made you feel young, flirty, you know, cute,’’ she said with a smile. “It’s like a brand new pair of shoes.’’ AP