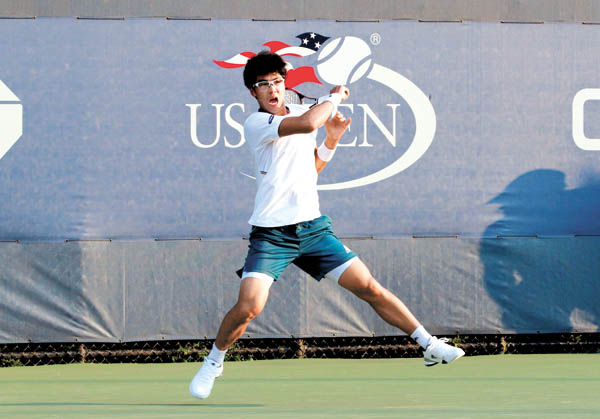 Chung Hyeon fires a return against Australia’s James Duckworth at the first round of the U.S. Open in New York on Tuesday. Chung, 19, won 3-0 (6-3, 6-1, 6-2) and collected his first singles victory in the tournament. He also became the first Korean to win a match in a major tournament since Lee Hyung-taik at the 2008 French Open. Chung will face fifth-seeded Stan Wawrinka of Switzerland in the second round.
Provided by the Korea Tennis Association