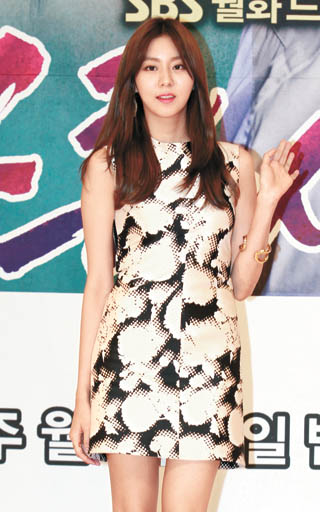 Singer-actress U-ie from the girl group After School denied that she is dating singer-actor U-Know from the male duo TVXQ.

The two stars were the subjects of rumors after U-ie attended the ceremony at the end of U-Know’s military training camp. The ceremony took place late last month in Yangju, Gyeonggi.

An affiliate from the female celebrity’s talent agency, Pledis Entertainment, confirmed on Thursday that “[U-ie] visited the ending ceremony because they’re friends. They are not lovers,” adding that they are really good friends.

In addition, the company revealed that there were several other celebrities who attended the event to support U-Know, who is currently enrolled in mandatory military service.

The male TV personality began his service on July 21 and underwent training for five weeks.

U-ie recently completed shooting for the reality series “Fists of Shaolin Temple” (working title) and is currently looking for her next project.