Berlin’s IFA is all about wearables

Berlin’s IFA is all about wearables 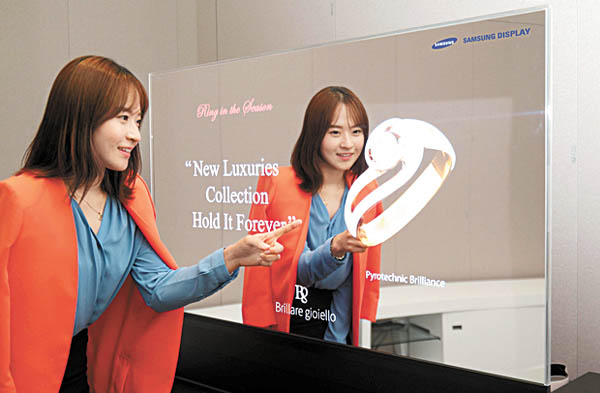 A Samsung Display worker shows a transparent OLED screen at the IFA. Provided by the company

Wearables are going to be the star products at the IFA consumer electronics fair set to kick off today in Berlin.

Samsung unveiled on Wednesday specs of its Gear S2, a circular-faced device that runs on its own Tizen operating system. Offering functions like mobile payments, smart car keys and remote control of home devices, the new timepiece is intended to reclaim some of the smartwatch market Apple has grabbed with the Apple Watch.

In the second quarter, the Apple Watch captured 75 percent of the global smartwatch market, according to market researcher Strategy Analytics. Samsung held a mere 8 percent despite having released its smartwatch in September 2013, much earlier than Apple. The performance of the upcoming Gear S2 may have long-lasting ramifications for the top smartphone producer.

“Samsung is a long way behind Apple, and it will need to launch multiple new smartwatch models and apps across dozens of countries if it wants to reduce Apple’s global smartwatch leadership in the coming months,” said Rajeev Nair, a senior analyst with Strategy Analytics. 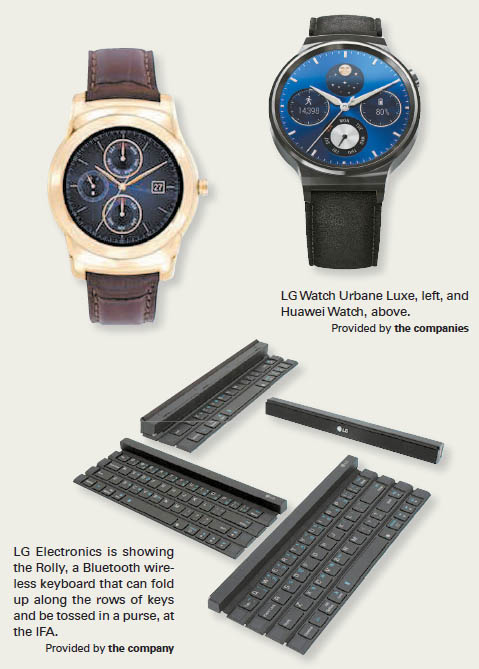 Samsung’s domestic rival, LG, will take the wraps off the LG Watch Urbane Luxe, a limited, luxury edition of the LG Watch Urbane, which is already available. Priced at $1,200, the smart timepiece powered by Android Wear and compatible with iPhones has added 23-karat gold plating and an alligator strap in a partnership with American jeweler Reeds. Already available for purchase on Reeds’ homepage, the watch is individually numbered and presented in a piano gloss lacquered case with a signed certificate of authenticity, LG says.

Motorola is ready to showcase a sleek, customizable Moto 360 2 as a follow-up to Moto 360, which it rolled out last year. The Android-based smartwatch has 300 possible combinations of looks with bands, colors, bezels and sizes. Prices range between $299.99 and $429.99.

Chinese smartphone rookie Huawei, which outpaced LG to become the world’s third-largest smartphone producer in the second quarter, will promote its first smartwatch, the Huawei Watch. Also powered by both Android and Android Wear, which makes pairing with iPhones possible, the watch face is a classic design. 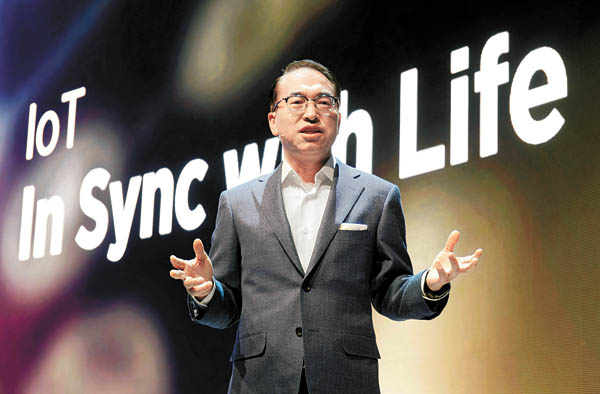 Hong Won-pyo, chief marketing officer of Samsung Electronics, explains the IoT-centered theme of the company’s booth. Provided by the company

Prices range from $399 to $699 depending on design options, and sales will begin with the United States in September.

Samsung C&T’s fashion arm is also set to debut its wearable platform at the show, the Humanfit, and display four products under the brand at its independent booth. This is the first time any fashion brand has set up its own booth at the annual exhibition in the German capital.

The four new products are a smart suit; On Bag, a bag with enabled wireless smartphone charging; Body Compass, a smart shirt that tracks the user’s heartbeat; and Perfect Wallet, a men’s accessory with an NFC tag.