In a district far, far away

In a district far, far away 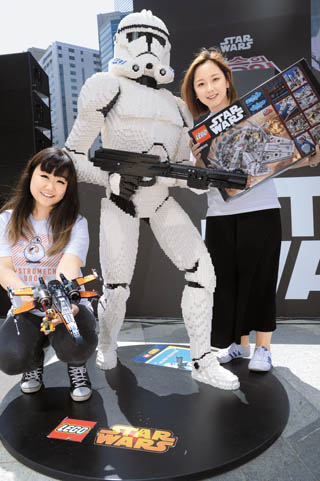 With the debut of the latest Star Wars movie only three months away, Walt Disney Company will be holding “Force Friday” today in countries around the world, including Korea. Different merchandise featuring characters from the new film, “Star Wars: The Force Awakens,” will be for sale. Korea’s iteration of the event was held at M-Stage in Gangnam District, southern Seoul, on Thursday. [NEWSIS]