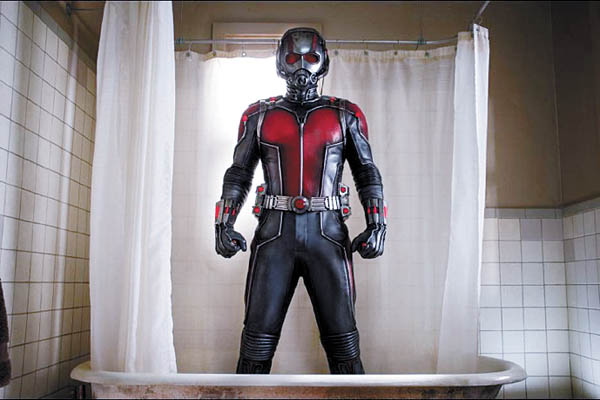 Ant-Man is the smallest Marvel superhero, whose power is not so small.

Director Peyton Reed depicts how an ordinary man becomes a hero who saves the world.

The film has been praised in America as Ant-Man’s shrinking and growing ability is shown in a fresh and humorous way.

Additionally, touching parental love is also depicted in the film. In the film, although Scott Lang (Paul Rudd) is eager to be a good father to his daughter, he is in fact a well-meaning thief.

One day, scientist Hank Pym (Michael Douglas), who invented a shrinking technology, visits Lang and asks him to be Ant-Man, handing over a suit and helmet. In a daze, he accepts the proposal and transforms into a true hero with the help of Pym’s daughter Hop van Dyne (Evangeline Lily). Together they face down Darren Cross (Corey Stoll), who forced Pym out of her father’s own company and wants to abuse the shrinking technology.

Paul Rudd will also appear as Ant-Man in the film “Captain America: Civil War,” which is planned to be released next year. 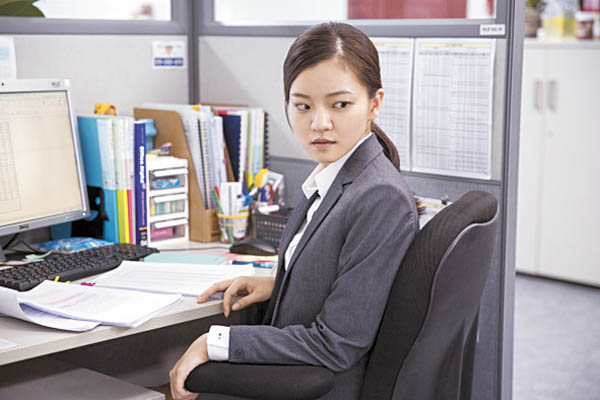 One day, company executive Kim Byeong-gook (Bae Sung-woo) murders his family members and suddenly disappears. As a result, Detective Jong-hoon (Park Sung-woong) starts to investigate the case but Kim’s colleagues at the office have nothing much to say about Kim.

Although Jong-hoon checks the office CCTV, footage of Kim leaving the office cannot be found. As Kim has not been caught yet, his colleagues began to fear something will happen to them.

Director Hong Won-chan, in order to depict the conservative office realistically, borrowed a real office building in Busan for the backdrop.

Directed by Aleksander Bach, this action flick is based on the Hitman video games.

The mysterious main character, Agent 47 (Rupert Friend), is an assassin who was created by the geneticist Peter Litvenko (Ciaran Hinds).

Using genetic engineering, Litvenko created perfect assassins who have strength, agility, speed and intelligence. Among the assassins, Agent 47 is the most perfect human, formed by collecting the unique dominant abilities from each agent.

Agent 47 selects an organization called the Syndicate as his target, since the organization is trying to use the agent’s DNA to make a genocidal army.

Along with Katia van Dees, Agent 90 (Hannah Ware), who has a secret method for defeating the Syndicate, Agent 47 fights and finally realizes the secret of his powers. This assassin with super powers must overthrow the organization before his secret is revealed.

Since the agents are not like ordinary human beings, the movie’s scenes are said to be highly digitalized, using a number of computer-generated effects. 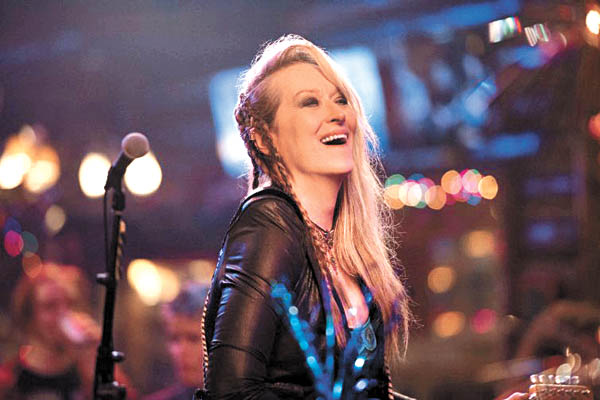 Meryl Streep transforms into a rock band frontwoman in this film directed by Jonathan Demme.

Demme is a multitalented filmmaker who has crafted films, documentaries and TV programs. He won the Academy Awards for his 1991 thriller “The Silence of the Lambs.”

His upcoming comedy-drama “Ricki and the Flash” is mostly about the music genre of rock and roll.

By having the excellent performer Streep take to the stage with several renowned songs such as those by U2 and Tom Petty, this film is a jewel by itself without much need for extra additions.

Streep plays Ricki, who isolated herself from her family to achieve the dream of being a rock and roll superstar.

However, her ex-husband calls her to inform that her daughter Julie (played by Streep’s real-life daughter Mamie Gummer) is on the verge of breaking up with her husband.

She then returns to her family for the first time in 20 years, trying to mend the relationship that has been too long estranged.

And her two sons Josh and Adam aren’t making things easier, trying to prevent her from intruding in their lives.

Will Ricki be able to recover her relationship with her family members and still sing in front of a crowd? 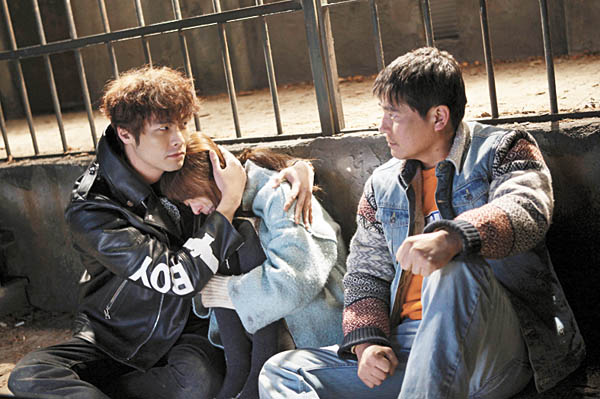 In the film, multitalented actor Im Chang-jung portrays a criminal profiler named Lee Jung-jin, who uses brutal force whenever he arrests criminals, while actor Choi Daniel plays the role of Jo Yoo-min, a detective who always flirts with the girls he meets.

The two receive an order to seize Kang Sung-gi (Jang Gwang), the leader of a false religion and the boss of a criminal organization.

Kang, who is backed up by higher authorities, often neglects the law and considers kidnapping and violence no big deal. In order to follow the order, the two partners, Lee and Jo, who do not want the interference of external forces or commands, take a stance against the powerful authority in a society in which violence is more powerful than the law.

Since Im and Choi already starred together in the thriller film “Traffickers” (2012), they are known to be capable of creating exciting action scenes together.

Paula (Louane Emera) is the only one who can hear and speak among her deaf family members.

One day, she falls in love at first sight with a new student, Gabriel (Ilian Bergala), and she therefore enrolls in a choir Gabriel belongs to.

Unexpectedly, a music teacher who discovers Paula’s talent in music suggests that she sing a duet with Gabriel and participate in a singing contest in Paris.

Nonetheless, Paula, as an interpreter for her deaf family members, is concerned about her family and at last decides to give up on going to Paris, which could have been a good chance to secure her future career.

In the film, director Eric Latigau covers the warm and touching family story, which includes the life with continuous ups and downs of the teenaged Paula.

“The Belier Family” has already been watched by eight million viewers in France.

Moreover, the film received six prizes at the 2015 40th Cesar Awards in Paris, with Emera taking the award for Most Promising Actress.