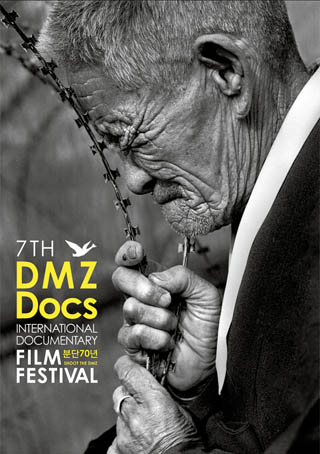 An official poster for DMZ Docs shows a displaced elderly man who misses his homeland in the North.


The seventh DMZ International Documentary Film Festival (DMZ Docs) will kick off its eight-day run within miles of the demilitarized zone with a documentary about the life of a North Korean pop artist.

“I Am Sun Mu,” the opening film directed by U.S.-based filmmaker Adam Sjoberg, tackles the divided ideology of the South and North through a North Korean defector artist identified by the stage name Sun-mu.

The opening ceremony, including the screening of “I Am Sun Mu,” will be held at Camp Greaves, a former U.S. military base located inside the civilian control area in northern Paju, Gyeonggi. It was returned to South Korea in 2007 when U.S. soldiers withdrew from the camp.

“It should be meaningful to open the festival inside the civilian control area,” said actor Cho Jae-hyun, the executive director of the festival. 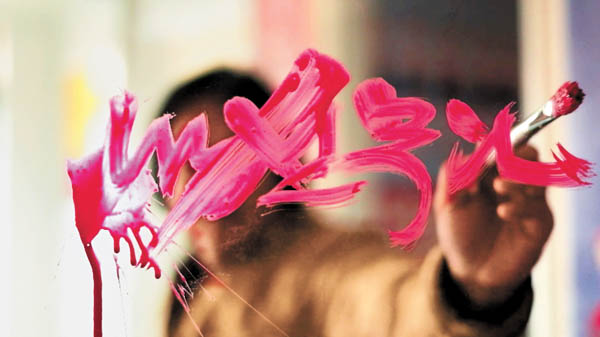 A still shot from the seventh DMZ Docs opening film, “I Am Sun Mu,” directed by U.S.-based filmmaker Adam Sjoberg. Provided by the festival

“Gyeonggi agreed with us that the venue should be developed into a cultural space after the U.S. military withdrew from it. What used to be an ammunition storage area has now turned into a performance hall,” he added.

In order to make it easier for nearby residents to access the festival, organizers have expanded the screening venues to Paju. A total of 102 documentaries from 43 countries will be shown at theaters in Ilsan and Paju.

To mark the 70th anniversary of Korea’s liberation from Japan, the festival has planned a special program.

Under the title “70th Years of Division Special,” 11 documentaries have been selected that focus on issues relating to the division of the Korean Peninsula.

One film titled “Two Voices from Korea,” directed by Cho Sung-hyung, shows the disparate lives of two girls living in South and North Korea. The North Korean girl is an opera singer, striving to withstand the oppressive social structure in the North. On the other hand, the girl living in the South tries to overcome the challenges of a male-oriented society.

“We selected the lineup thinking they should send a message about liberation, division and unification,” said the festival’s programmer, Jeon Sung-kwon.

“I believe this year’s festival is significant in that we can share an interest in division and liberation and also a message about peace, life and communication with the festival attendants,” said Nam Kyung-pil, governor of Gyeonggi and a festival chairman.

“As much as we are happy to greet the 70th anniversary of liberation, it also means that we have been divided that many years. I hope this festival can give energy to people to overcome this state of division,” he added.

The festival runs from Sept. 17-24. For more information, visit dmzdocs.com.