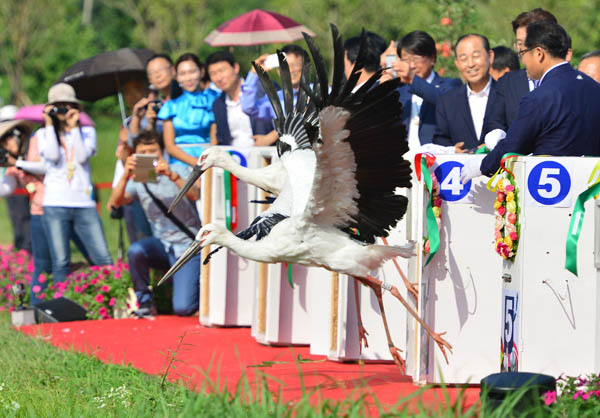 Storks are set free into the wild on Thursday at a stork-themed park in Yesan, South Chungcheong. Six adult storks and two chicks were trained to live in the wild, allowed to fly more than two kilometers (1.2 miles) and hunt prey, before being released. The stork is designated as Korean Natural Monument No. 199. It is an endangered species, and there are just 2,500 in existence worldwide. [NEWSIS]