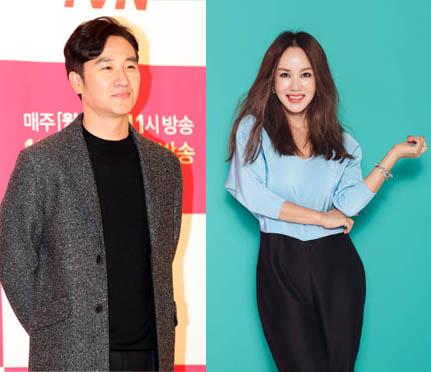 Korean Wave star Bae Yong-joon, a major shareholder in the entertainment company, disclosed the news Thursday that the pair had signed exclusive contracts with the company.

“We will provide full support to Uhm Jung-hwa and Uhm Tae-woong so that they can perform more actively as actors,” said Yang Geun-hwan, the CEO of the company’s entertainment department.

The two stars are already well known for their achievements in Korea. Uhm Jung-hwa was one of the top female singers in the 1990s, receiving an impressive following for various mega-hits like “Invitation,” “Sad Expectation” and “Rose of Betrayal.”

After establishing herself as a sexy diva, she extended her career to acting. She has since starred in numerous films, receiving critical acclaim for her performances. Her latest film, “Wonderful Nightmare,” is currently in theaters.