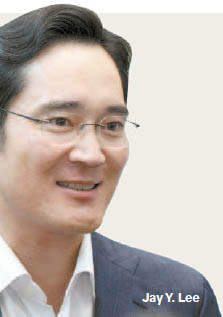 Earlier this year, Samsung invested in a start-up in the United States that developed a home robot with various abilities tied to its artificial intelligence, the world’s first.

According to Samsung Group, its start-up investment arm, Samsung Venture Investment Corporation, invested in Jibo, based in Cambridge, Massachusetts.

“It was part of our task to secure a new growth engine,” said a Samsung official.

Jibo is a company that was founded by Massachusetts Institute of Technology (MIT) Prof. Cynthia Breazeal and some colleagues in 2012. The home robot will start commercial sales next April. It can take photos, recognize different members of the family, read books to children and read text messages and emails. Another Korean conglomerate, LG U+, is also investing in the company.

From 2003 through last month, the company has invested in more than 100 start-ups. This year’s investments are considered a huge step up.

Samsung has invested in StoreDot, an Israeli company that developed a battery-charging system that allows an electric car to be fully charged in five minutes. It has also invested in Vicarious, a U.S. start-up specializing in artificial intelligence. Facebook founder and CEO Mark Zuckerberg and Tesla Motors founder Elon Musk are also investing in the start-up.

Samsung also invested in a company, Vinli, which specializes in a smartcar platform; Glooko and Dacadoo, which develops health-related technologies; and Internet of Things (IoT) technology developers Evrthing and Filament.

This is the general blueprint of Samsung Electronics under the helm of Samsung Group’s heir apparent, 47-year-old Jay Y. Lee, especially since his father Lee Kun-hee, 73, has been sidelined after suffering a heart attack in May 2014.

The aggressive investments in start-ups can be interpreted as Samsung’s shifting of its main businesses to health care, smartcars and IoT, especially since it has been undergoing a large corporate restructuring, including closing weak businesses. The performances of former big products like smartphones have weakened.

“In the earlier years, Samsung Venture Investment targeted computer chip and display technologies, which later heavily contributed to the accelerated growth of Samsung Electronics’ key businesses, semiconductors and displays,” said a Samsung Group official. “We are increasing our investments in places in which we can secure future technologies with little spending.”

One investment has yielded a product, Sleepsense, which Samsung Electronics introduced earlier this month. Sleepsense is a product that incorporates sensor technology developed by the Israeli start-up EarlySense. When placed under a mattress, the device reads a sleeper’s vital signs and movements and analyzes it all in real time.

The search for technologies is affecting other Samsung affiliates as well. In July, Samsung SDS created a joint 10 billion won fund with Samsung Venture Investment to find more investment possibilities. Jay Y. Lee is the biggest shareholder of Samsung SDS, with an 11.25 percent stake.

“It seems that it will be used to invest in promising future technologies like artificial intelligence,” said an industry insider.