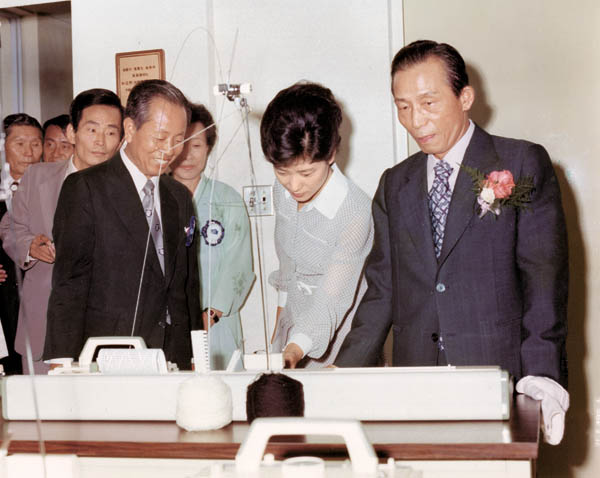 
This is the latest in a series of articles on the life and times of Kim Jong-pil, a two-time prime minister, based on extensive interviews with the 89-year-old.

What we tried to achieve through the May 16 revolution [coup] in 1961 was the modernization of Korea, and the first step to modernization was economic development. How could we enjoy democracy and freedom if we were starving? Mencius once said, “Without constant assets, there is no constant mind.”

What President Park Chung Hee and I agreed upon was that we should achieve industrialization before democratization. That’s why we included an Economic Planning Committee in our revolution plan, to prepare five-year economic development plans.

The level of our industries in the early 1960s was poor. In August 1961, when I was director of the Korean Central Intelligence Agency (KCIA), I travelled around the country to listen to the opinions of businessmen. 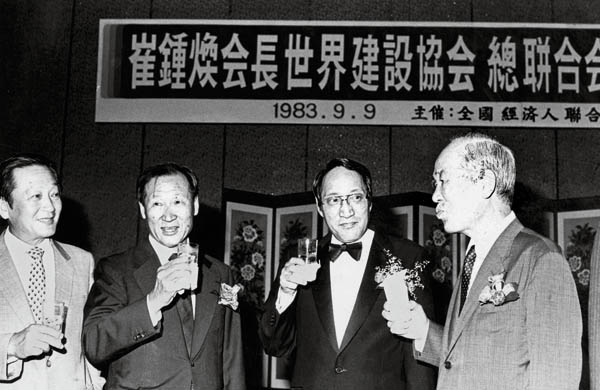 In Busan, I visited a manufacturing factory that was known to be supplying daily necessities to the military. But I found its products very crude. Soldiers were even calling the soap produced by the factory “hair loss soap” because their hair fell out when they used it on their hair.

Toothbrushes lost most of their bristles in a short time, and toothpaste tubes didn’t open properly and were easily torn when squeezed.

That was the reality of most Korean factories of the time.

Businessmen, however, were striving to make better products despite the poor environment. In 1961, Chun Joong-yoon, who later chaired Samyang Foods, visited me in my office at the KCIA. He showed me a Japanese instant ramen, a common type of noodle in Korea, and said, “Ramen is a cheap but nutritious food, and I believe it could help break through the current food shortage. Soldiers on night watch can eat it, and people will be able to enjoy it at home easily.”

“Can you help me borrow $50,000 to import manufacturing equipment from Japan?” Chun asked.

He seemed prepared to start a ramen business. Chun was a gentleman who once headed Cheil Life Insurance. When he was eager to do something, I knew I could trust him.

At that time, $50,000 was a huge sum, even for the government. When I asked around, the only place that had that much foreign currency was the Ministry of Agriculture and Forestry, since it exported fish to Japan.

I asked the ministry to lend $50,000 to Chun since he would make a huge contribution to solving our food problem.

At first, they did not allow it. The agriculture minister even scolded Chun for telling me about the project.

It took a while, but I finally persuaded the ministry to lend the $50,000.

Chun bought manufacturing equipment from Japan and released the first ramen in September 1963. A pack of ramen cost 10 won, and they sold like hotcakes. Chun repaid the debt quickly.

The ramen helped relieve our food problem and was served in the military as well.

Since the only resources we had were human resources, President Park decided to boost the economy through imports and exports.

In January 1962, Park announced a five-year economic plan, which aimed to increase exports to $117.5 million through 1966. It seemed impossible at the time since exports in 1961 were only $42 million.

I believe we were able to achieve it because the leader had a vision and properly led the people. Nov. 30 was designated Trade Day since then.

From then on, Korean companies wanted to earn more and more money by exporting products of ever-increasing quality. Park presided over monthly meetings to promote exports in which more than 100 people, including businessmen and officials from financial authorities, trading companies and research facilities, attended. Park was told the current status of exports, and everyone discussed ways to raise the value of Korean products.

After the meeting, Park asked about sample goods displayed in the meeting room and then encouraged businessmen over lunches. He discarded the traditional concept of looking down on merchants and paid special attention to businessmen. That was the spirit of the May 16 revolution, to change old-fashioned ways of thinking. It’s a shame that the spirit of entrepreneurship that grew in that period has dwindled.

Cho Joong-hoon, founder of Hanjin Group, expanded the business by cooperating with the government. Beginning as a logistics company, Hanjin benefitted from our troops going to South Vietnam from 1964. The company opened an office in South Vietnam and won a contract to ship U.S. supplies.

After earning a fortune in Vietnam, Cho bought Korean Air Lines (KAL) from the government in 1969.

In June 1973, I was in France to meet President Georges Pompidou as the prime minister. KAL began operating flights between Korea and North America in 1971 but wasn’t flying to Europe at the time. Pompidou suggested we buy the newly developed Airbuses at a cheap price. The Airbuses were jointly developed by France, Germany, Spain and Britain but weren’t selling well.

I called Cho. “You’ve got to fly to Europe as soon as possible,” I said.

With Cho, we took the French presidential plane to the Airbus factory in Toulouse, France. Cho decided to buy six planes on the condition that he paid for them later. The Airbuses helped KAL thrive and open flights to Europe at the same time.

In October 1973, KAL began operating a cargo line between Seoul and Paris. At the time, airplanes flew to Paris via Anchorage in order to avoid the airspace of the Soviet Union.

In April 1974, I was on my way to France to attend the funeral ceremony of President Pompidou. I was using Air France because it was before KAL was operating passenger flights between Seoul and Paris, and I saw a KAL cargo plane at Anchorage International Airport with the national flag symbol. I burst into tears, moved that Korean planes were now using North Pole routes.

The first oil crisis in 1973 hit the Korean economy. As oil prices surged, the current-account deficit mounted and prices spiked.

It was the businessmen who made the breakthrough in those tough times. They went to the Middle East, where oil money returns, and won contracts there. The businessman who pioneered the Middle East market was Choi Chong-whan, chairman of Samwhan Corporation. Samwhan won a highway construction contract in Saudi Arabia, the first for a Korean company. Koreans were recognized for their diligence. When I met King Khalid of Saudi Arabia in May 1975, he praised Samwhan and expressed his gratitude.

When I asked him about what he liked about Samwhan, he said, “They work at night with torches. I’m amazed that they work that hard.”

I told Choi the next day: “The King praised your company and your people working late into the night.”

Choi laughed. “We can’t work during the day because it’s so hot. It’s much cooler at night in the desert.”

Park kept holding the export meetings every month until he died in 1979. He expected a lot as the heavy chemical industries finally made remarkable achievements in the late 1970s.

Park did not meet ministers very often in his final years, but he always welcomed businessmen. He would shed tears to see present-day Korea exporting $1 trillion worth of goods, just like the day the country hit the $100 million milestone.

It feels like I still hear his voice: “Why are you giving up? We haven’t given our all yet.”