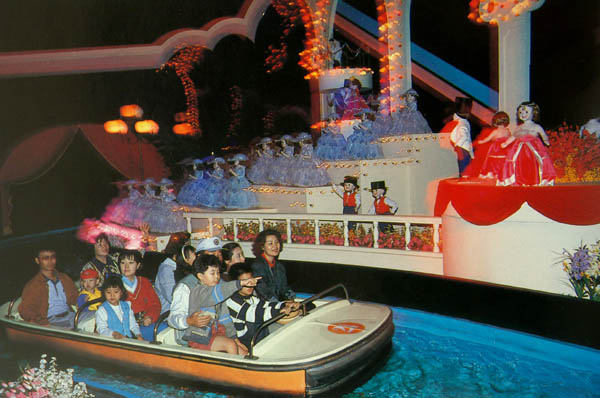 The Global Village, a vintage ride at Everland, ended operations on Sunday after running for the past three decades, according to Samsung C&T. Similar to Disneyland’s It’s a Small World attraction, visitors in nine-person boats took tours of 18 miniature countries across the globe, which involved 650 dolls and over 13,000 lamps. The attraction debuted on Oct. 1, 1985 when Everland was called Natural Park. Provided by Samsung C&T