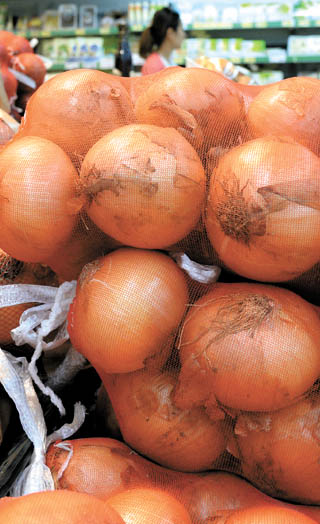 Onions stacked at a supermarket in Seoul, Monday. Prices of onions in August went up 5.4 percent compared to July, according to the Korea Consumer Agency. When compared to January this year, the price is up 56.8 percent. The average price of 1,500 grams (3.3 pounds) of onions was 3,706 won ($3.07). It showed one of the sharpest price increases among necessities including nappa cabbages, which saw a 52.4 percent hike compared to the first month of this year and pork, which grew 18.8 percent during the same period. [NEWSIS]