ICSB to take its message to UN

ICSB to take its message to UN 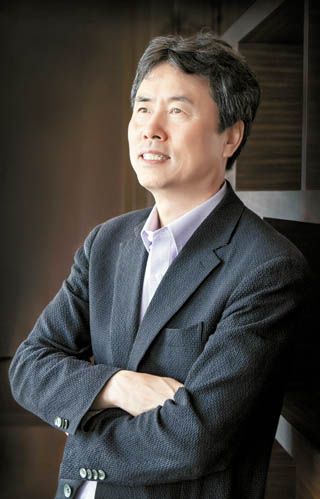 Kim Ki-chan, president of the International Council for Small Business (ICSB), said he will promote “humane entrepreneurship” at SMEs through cooperation with the United Nations and OECD member countries by holding the council’s 61st meeting at the UN Headquarters in New York next year.

“On June 15, 2016, the 61st annual meeting of the ICSB is scheduled to take place in New York City, and I’m preparing to hold it at the UN Headquarters, at the exact place where the UN General Assembly is held,” he said in an interview with the Korea JoongAng Daily at the Palace Hotel Seoul, southern Seoul, on Sept. 2.

“So far, UN Secretary General Ban Ki-moon has put his emphasis on sustainable development mainly for conglomerates,” Kim continued. “Now I think it’s time for Ban to focus on SMEs to realize that goal.

“We are not just asking for use of the General Assembly hall for the meeting,” he said. “We are also asking for UN officials, including Ban, to join our meeting and also plan a joint event in the future, such as one with the UN Global Compact.”

Kim, the second Korean to head the world’s oldest council dedicated to SMEs, has been pursuing an initiative dubbed “Humane Entrepreneurship,” which urges employers to put their priorities on employees, not merely making profits.

“Some entrepreneurs, particularly Americans, could ridicule this idea as being too naive,” he said. “But there are some renowned European enterprises where the creativity and productivity of employees enjoying their work became their growth engine.”

“Capitalism should not be neoliberalism, with companies competing with each other to survive,” he said. “It should be neo-humanism, which makes people have fun while working.”

From Aug. 12 to 14, representatives of the council’s ASEAN member countries - mostly professors, businessmen and policy makers - gathered in Jakarta to discuss ways to develop SMEs in the region under Kim’s initiative.

“At the meeting in Jakarta, we developed the ‘Humane Entrepreneurship’ model,” Kim said. “It consists of 10 pillars, or 10 E’s as all the words start with E. Five pillars are attitudes employers must have in the treatment of their employees: envisioning, enthusiasm, enlightenment and experimentation.

“The remaining five are for employees: empowerment, ethics, equality, engagement and ecosystem,” he said. “We integrated all of these values into one term: ‘HumanEntrepreneurship.’”

Kim said the council will hold a survey of members from around the world to ask about the most important factors in their countries to realize humane entrepreneurship.

“Based on our discussion in Jakarta, which we call the ‘Jakarta Declaration,’ we are planning to launch a UN declaration by holding the annual meeting at the UN General Assembly hall,” he said. “So far, entrepreneurship has been difficult to study because it is too complicated. But these 10 pillars are simple to understand. I want to develop this notion with expertise from the UN and OECD.”