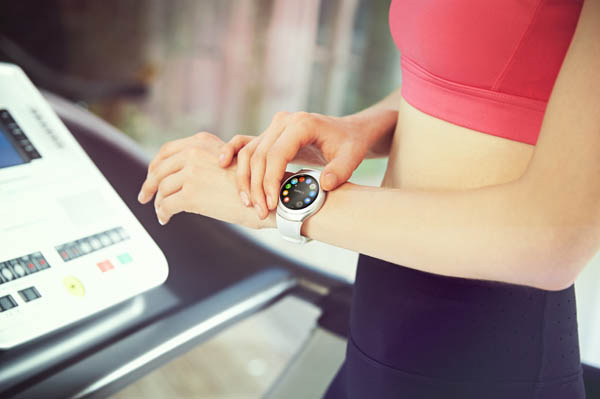 Right now, every electronics company is trying to figure out what the special sauce is that will help it bring smartwatches to the wrists of mainstream consumers. Yet so far, no one has quite figured it out.

With the Gear S2, Samsung is giving it another go, starting with form factors that recall traditional watches and a few new interface flourishes to breathe new life into what is already starting to feel like a well-trod gadget.

The Gear S2 is actually a pair of watches, the S2 and the S2 Classic. The latter is a single 40-millimeter (1.6-inch) watch with a glossy black finish, a knurled ceramic bezel and a leather strap that can be swapped for any normal watch strap. The standard Gear S2 on the other hand is 42 millimeters (1.7 inches) across, comes in silver or dark gray and can only use special Samsung-compatible straps. Both sit nicely on the wrist, and the more modest sizes and round shapes are welcome changes from the chunky, rectangular shape of the original Gear S.

Beyond the form factor, the biggest news with the Gear S2 is the rotating bezel.

You twist the bezel to navigate through menus and apps, and it has a slight clicking action to give you some feedback. You turn left for notifications and right to get into apps and widgets. It’s really simple, and there are always the two buttons and the touchscreen for additional functionality.

While most high-profile smartwatches (from everyone except Apple, of course) are running Android Wear software, the Gear S2 runs Samsung’s own Tizen operating system. If you’re deeply tied into the Samsung ecosystem across your television, phone and appliances, this might not be so bad. The Gear S2 is still compatible with almost any phone running Android version 4.4 KitKat or later (not just Samsung phones), so don’t worry if you don’t have the latest Note 5.

Even though Tizen has a smaller app ecosystem than some competitors, Samsung says there will be about 1,000 apps when the watch launches.

During my brief test, the menus seem intuitive and easy to navigate, and performance was quick and responsive. When images of the S2 were first shown a few weeks ago, people commented that the bubble-based menus were reminiscent of those on the Apple Watch, but short of there being circles involved, I noticed no meaningful similarities.

For all the hand-wringing that happens about smartwatch battery life, charging it overnight seems pretty standard these days. Samsung says the S2 can go two to three days on a single charge, but we’ll have to see how it performs in the wild. With a quote like this, though, you should be covered for at least that first full day. To charge the S2, you drop it into a special wireless charging cradle and the face switches into alarm clock mode. Bloomberg