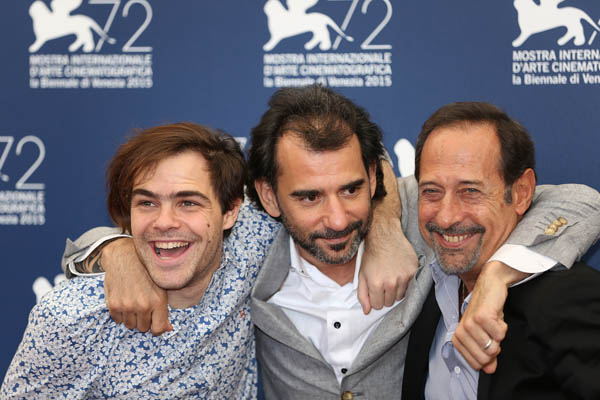 VENICE - The notion of blood ties takes on new meaning in Argentine true-crime horror story “El Clan’’ (‘’The Clan’’), which is competing at the Venice Film Festival after causing a sensation in its homeland.

Pablo Trapero’s film tells the story of the outwardly respectable Puccio family, who in the 1980s kidnapped rich acquaintances for ransom, keeping them bloodied, bound and gagged in the basement of their house while everyday family life went on above.

Around 2 million people have seen “El Clan’’ since its Aug. 13 release, the most successful opening ever for an Argentine movie. The film has helped revive interest in a sensational story that unfolded as Argentina was moving from dictatorship to democracy.

“There’s Puccio-mania,’’ said Guillermo Francella, the veteran Argentine actor who plays the father of the family, Arquimedes Puccio. “There are even guided tours to see the house where they lived.’’

The monsters-next-door quality of the tale shocked Argentina at the time, and gives Trapero’s film much of its power. Anything but secretive, the family was popular and well-connected in Argentine society. Arquimedes was a former military man with government ties, his wife a teacher, and eldest son Alejandro a rugby star with one of the country’s top teams.

“It was an emblematic crime story for Argentina,’’ said Francella, who lived in the same upmarket Buenos Aires neighborhood as the Puccios. “I remember that at the time, nobody believed that they were guilty. They looked so innocent, a normal family.

“Even today there are still people who think they are innocent.’’

The crimes took place as Argentina was restoring democracy after seven years of rule by a military dictatorship that seized, tortured and secretly killed thousands of suspected leftists. After democracy returned in 1983, Argentina saw a wave of kidnappings blamed on former soldiers and police who had turned from seizing dissidents to kidnapping businessmen for ransom.

Arquimedes Puccio had links to the secret services that helped protect him from prosecution until power shifted with the return of democracy.

The family was arrested in 1985, and several members jailed for their crimes, which included killing three kidnap victims.

Argentina has changed enormously since then, but details of crimes committed during the dictatorship are still coming to light.