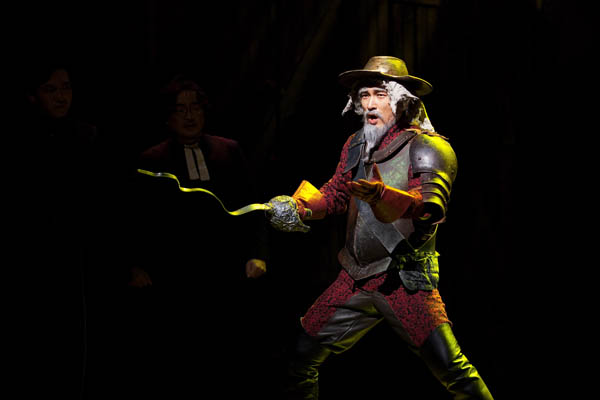 The Korean production of the musical “Man of La Mancha” is being staged at the D-Cube Art Center and features veteran actors like Cho Seung-woo, above. Provided by the organizer

Until Nov. 1: Nearing 50 years since its original Broadway debut and 10 years since its premiere in Korea, “Man of La Mancha” received five Tony Awards in 1966 and five Musical Awards in 2009. The musical stages a complex “play within a play,” as it tells the stories of both Miguel de Cervantes, who performs a play with fellow prisoners while waiting for a hearing in the Spanish Inquisition, and Don Quixote, a knightly character that Cervantes plays. The Korean production of the musical features veteran actors, including Cho Seung-woo. 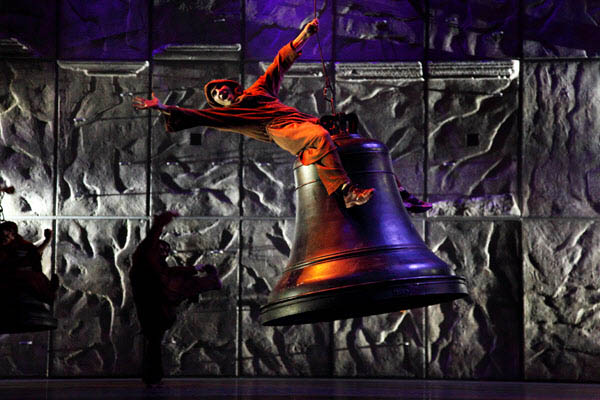 Oct. 15 to Nov. 15: The French tour of “Notre Dame de Paris” will hold an encore show commemorating the 10th anniversary since its first performance in Korea. Based on the novel by Victor Hugo that shook Paris with its story of tragic love, greed and madness, “Notre Dame de Paris” depicts the complications that arise between the hunchback Quasimoto, the avaricious bishop Clopin, the alluring gypsy Esmeralda and the royal admiral Phoebus. For this special encore show, director Gilles Maheu and composer Riccardo Cocciante will return and lead an eclectic French-Canadian cast.

Saturday: Part of Seongnam Arts Center’s “Entree Concert” series, “Ballerina & Ballerino” is a performance featuring key ballet stars. Artists include: Choi Tae-ji, former head and artistic director of the Korea National Ballet; Kim Joo-won, a ballet veteran, reputable for her expressive performances; and Lee Won-kook, praised as the “Korean archetype of ballet” and known for technique and finesse that make him and his artistry ageless. The program will cover ballets such as “La Esmeralda” and feature excerpts such as the grand pas de deux from “Giselle.”

Saturday to Oct. 11: The original French tour of “Romeo and Juliet” is returning to Korea after six years. As one of the most popular French musicals, “Romeo and Juliet” won the Platinum Europe Award by selling more than 100 million DVDs and CDs of its premiere in Paris in 2001 and 2002. It was highly praised by Korean audiences when it visited Korea in 2007, and composer Gerard Presgurvic and choreographer Redha return to Korea with a story of hopeless love. The impressive music, romantic lyrics, dazzling choreography and unique characters all enhance the tragic love story.

Until Nov. 22: The musical “In the Heights,” which won four Tony Awards for best musical, choreography, orchestrations and original score, is finally coming to Korea.

Sept. 12 to Nov. 8: A musical that has been seen on Broadway by many, “Cinderella” has won Tony Awards and was nominated as the most anticipated Broadway musical of 2015. The gorgeous romantic fantasy captivates the audience with a somewhat different story from the original fairy tale, as Cinderella leaves her sparkling glass slippers behind on purpose to be found by Prince Christopher.