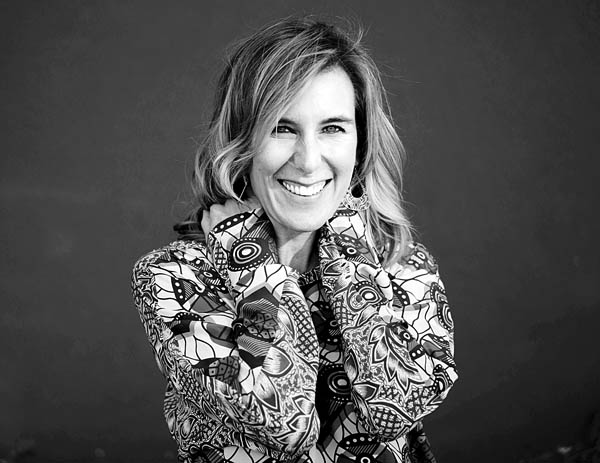 Amy Berg, director of “Janis: Little Girl Blue,” poses for portraits at the 72nd edition of the Venice Film Festival on Monday.[AP/NEWSIS]

VENICE - Back when rock ‘n’ roll was still a new adventure, Janis Joplin proved it wasn’t just for the boys.

The big-voiced, bluesy singer dominated the stage, forged her own path and paved the way for female singers to come.

But 45 years after her death from a drug overdose in 1970, music is still “a very male-dominated industry,’’ said Amy Berg, director of the new documentary “Janis: Little Girl Blue.’’

Berg’s film includes on-screen interviews with Joplin’s ex-bandmates and other ’60s musicians - almost all of them male. She says several female performers of the era turned her down, including former Jefferson Airplane singer Grace Slick.

“Grace Slick did not think that people wanted to see her how she looks today, because she was such a beautiful pop star in her 20s,’’ Berg said during an interview at the Venice Film Festival, where “Janis’’ had its world premiere this week. “That’s kind of tragic, I think.

“I really wanted to get that female perspective.’’

Fortunately, there is a female voice at the heart of “Janis’’ - Joplin’s own.

The documentary features some of the singer’s best-known performances - including her breakout set at the Monterey Pop festival in 1967 and her woozy appearance at Woodstock two years later - as well as a previously unseen version of her biggest hit, “Me and Bobby McGee.’’

And Berg builds the movie around letters Joplin wrote to her parents back in Port Arthur, Texas, chronicling her quest to find both musical success and love. Read by singer-songwriter Chan Marshall (also known as Cat Power), they are by turns excited, proud and poignantly insecure.

“If you watch Janis, you see this woman who just seems fearless, and then you read these letters and it’s such a different persona,’’ said Berg, who received an Oscar nomination in 2007 for clerical sex-abuse documentary “Deliver Us From Evil.’’

Made with the approval of Joplin’s siblings, the film traces her talent and her troubles back to Port Arthur, a hometown where she never felt at home. There’s an excruciating scene in which Joplin goes back for a high-school reunion, and her rock-star confidence completely deserts her.

“She wanted to go out and explore.’’

By chance, “Janis’’ - part of a healthy crop of documentaries at this year’s Venice festival - is emerging in the wake of Asif Kapadia’s acclaimed Amy Winehouse documentary “Amy.’’

Both singers fought unhappiness with drinking and drugs, and both are members of the macabre “27 Club’’ of musicians who died at that age, alongside Jimi Hendrix, Jim Morrison and Kurt Cobain.

But Berg says there are as many differences as similarities between the two.

“You can’t look at Amy Winehouse and not see her influence coming from Janis,’’ Berg said. “But they had a different relationship with fame.’’

While Winehouse looked distracted or uncomfortable in many of her live performances, Joplin blossomed on stage, performing with wit, power and passion. When she sang “take a little piece of my heart,’’ she sounded like she meant it.

“She loved performing,’’ Berg said. “She was liberated the minute she stepped out there.’’